Is the world ready for 'designer babies?'

A controversial fertility treatment requiring 3 genetic parents was recently approved by an elite panel of U.S. scientists and ethicists.

The 12-member panel, assembled by the National Academies of Sciences, Engineering and Medicine, released a 164-page report outlining how scientists could ethically carry out such genetic engineering for the purpose of eliminating rare mitochondrial diseases – a process that would exclude girls.

The panel, which was created at the prompting of the U.S. Food and Drug Administration (FDA), was tasked with mulling the ethical, social, and policy issues raised by the prospect of mitochondrial replacement techniques (MRT).

In its report, the panel concluded that “it is ethically permissible to conduct clinical investigations of MRT,” but that “certain conditions and principles” must be applied to ensure that MRT is carried out ethically.

“This will be an amazing breakthrough, benefiting patients who otherwise could not have healthy, genetically related children,” noted Dr. Owen Davis, president of the American Society for Reproductive Medicine.

Defective mitochondrial DNA affects about 1 in every 5,000 births, and can lead to serious and even deadly medical problems, including seizures, developmental delays, vision loss, weakness, and fatigue.

Gizmodo explains how a 3-parent embryo is created:

“One way to overcome these mitochondrial problems is to take two eggs, one from the mother and one from a donor. The nucleus of the donor egg is removed, leaving the mitochondria intact, and it’s then replaced by the mother’s nucleus. The resulting embryo has the donor’s healthy mitochondria, hence the term “three-parent baby” (though the genetic contribution from the donor is minuscule).” [1]

The panel said in its report that it believes the technology should move forward, but with a number of stipulations. For example, scientists would have to conduct extensive preliminary research in the laboratory and with animals to ensure that it is safe. Then, scientists should only try the experiment with male babies, as they would be incapable of passing their genetically modified (GM) DNA on to their offspring.

“Minimizing risk to future children should be of highest priority,” the committee writes. [2]

The FDA is expected to approve the technology, but it won’t matter, at least not for now, due to verbiage in the omnibus fiscal 2016 budget bill passed by Congress in late 2015 prohibiting the government from using any funds to handle applications for experiments that genetically modify human embryos.

“It seems like the FDA is disabled in this case by Congress,” said Shoukhrat Mitalipov, a pioneer of the new technique at Oregon Health & Science University in Portland, Oregon. “At this point we’re still not clear how to proceed.” [3]

The FDA released a statement saying that the agency will carefully review the panel’s report, and clarifies that the congressional ban prohibits federal health officials from reviewing applications “in which a human embryo is intentionally created or modified to include a heritable genetic modification. As such, human subject research utilizing genetic modification of embryos for the prevention of transmission of mitochondrial disease cannot be performed in the United States in FY 2016.”

The world is undoubtedly veering closer to the creation of designer babies. Just 2 months ago, some of the world’s top scientists gathered together to hammer out guidelines for the use of the CRISPR technique, which can be used to edit out snippets of damaged DNA. Like MRT, the scientists behind CRISPR want to use the technology for good, to prevent serious genetic diseases. However, in the wrong hands, both MRT and CRISPR could be used to create these so-called “designer babies” with physical and mental advantages over other children. [4] 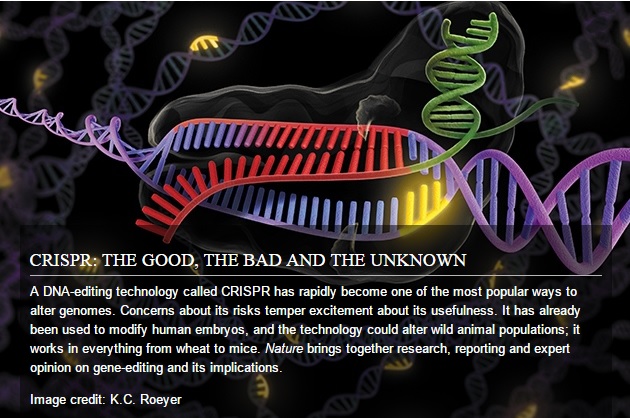 Also recently, British researcher Kathy Niakan of the Francis Crick Institute was granted permission by the Human Fertilization and Embryology Authority (HFEA) to genetically modify human embryos. Niakan and her colleagues plan to deactivate genes in leftover embryos from IVF clinics to determine if it hinders development. Researchers hope their findings could prevent miscarriages and aid fertility.

In April, scientists in China sparked worldwide panic when it announced that it had created genetically modified embryos, infuriating the scientific community the world over.

However, 30 genetically modified humans were reportedly born in the late 1990’s. The embryos were injected with a third person’s genetic material, and actually have snippets of mitochondrial DNA from 2 mothers.

Tests on 2 of the children, who would have graduated from high school in 2014, show they have a small number of genes that do not belong to their parents. [5]

It’s unknown whether the children are healthy, but it’s possible that they could pass their genetic alterations on to future generations.

“So even if no other humans are legally able to be created this way in the future, we’ve already introduced biologically modified genetic material into the population with the potential to affect large swaths of future generations to come via reproduction.”