Why Are We Being Kept in the Dark Over GMOs? 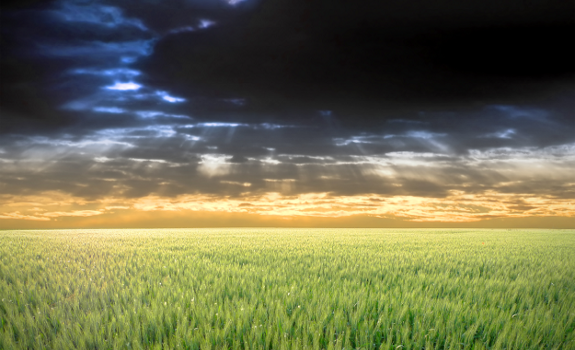 You may already be fully aware of the fight surrounding the latest California GMO labeling legislation known as Prop 37, a bill which I have been very passionate about supporting over the past few months. As it currently stands in the United States, you are actually being completely kept in the dark about what’s in your food. And it may interest you to know that many pro-GMO corporations such as Monsanto intend to keep it that way.

But why are you being kept in the dark about the dangers of genetically modified organisms (GMOs) and the fight against Proposition 37?  Despite the massive amount of research linking genetically modified foods to environmental and human dangers, giant corporations are shelling out millions and millions of dollars to ensure that GMOs are not labeled in the food market. Why are Americans and others being kept in the dark?

While studies continue to highlight the very serious impact of GMOs on both the human body and the environment alike, a few major countries still do not require the labeling of GMOs. Countries like China, Russia, Australia, France, Spain, and others all require GMOs to be labeled, while Canada and the U.S. are slow to follow.  Biotechnology giants like Monsanto and Dow AgroSciences — as well as government organizations such as the FDA — have such a significant impact on what really goes on in America that they may actually be the reason Americans are still kept in the dark.

“Monsanto should not have to vouchsafe the safety of biotech food. Our interest is in selling as much of it as possible. Assuring its safety is the F.D.A.’s job” – Philip Angell, Monsanto’s director of corporate communications. “Playing God in the Garden” New York Times Magazine.

Does that make you a bit concerned about the integrity of our food safety system? There are many important factors to consider with genetically engineered foods, which are increasingly overtaking the food supply. These are living, synthetic organisms that can reproduce and proliferate; they can mutate and migrate. How can a small group of chemical companies be trusted  to control and monopolize our foods and restructure the world’s food system?

Well, it seems that no individual within government or alphabet government agency is doing the required work to ensure GMOs are safe; they are simply putting safety responsibility on each other. The FDA has not conducted a single independent test of any genetically engineered product. The agency simply accepts the testing completed and provided by the biotechnology corporations like Monsanto.

“Ultimately, it is the food producer who is responsible for assuring safety” – FDA, “Statement of Policy: Foods Derived from New Plant Varieties” (GMO Policy), Federal Register, Vol. 57, No. 104, p. 229.

While the Food and Drug Administration is put in place to protect the consumer, they still let destructive GMOs run rampant. Other organizations like the USDA have also begun ‘speed approving‘ the latest creations coming from Monsanto, reducing the approval time and subsequently the ability to measure the true effects.

It may also be shocking to you that the United States Department of Agriculture (USDA) is just as corrupt in maintaining the safety of the food supply and other consumer products. Despite links to organ damage, the USDA says that it is changing the rules so that genetically modified seed companies like Monsanto will get ‘speedier regulatory reviews’. What does this mean? With the faster reviews, there will be even less time spent on evaluating the potential dangers.

Most recently, 12 new genetically modified crops have been submitted for USDA approval, with 9 of them being the new fast-tracked process. As stated in their press release, the Secretary of Agriculture, Tom Vilsack, sees the USDA transforming “into a high-performing organization that focuses on its customers.”

Former United States Secretary of Agriculture (served from 1995 until 2001) Dan Glickman was a major promoter for biotechnology and pushed for such products to be sold in Europe to secure profitable exports. He concluded after his USDA departure:

“What I saw generically on the pro-biotech side was the attitude that the technology was good and that it was almost immoral to say that it wasn’t good because it was going to solve the problems of the human race and feed the hungry and clothe the naked. And there was a lot of money that had been invested in this, and if you’re against it, you’re Luddites, you’re stupid. There was rhetoric like that even here in this department. ”

But right now is your chance to say “NO!” to the USDA. For the ‘fast-track crops’, you only have until September 11th of 2012 to have your say before these seeds hit the soil.

The most recent fight against GMOs is GMO labeling bill Proposition 37. On November 6, 2012, voters will decide if California’s Proposition 37 will be the first bill to require the labeling of genetically modified foods. About 18 states have made similar attempts, but nothing has even come close to Prop 37. And while 50 other nations have moved to label GMOs, the United States population is still fighting for a bill to be passed in a single state.

While the fight for GMO labeling is loud and clear, corporations and companies opposing GMO labeling, for their own profit and corrupt relations, will stop at nothing to ensure GMOs remain a secret to the public. Monsanto has put out at least $4,208,000 to fight GMO labeling, while other corporations such as Pepsi Co. and Coca Cola have ‘donated’ over one million dollars each. But Monsanto still remains among the largest fighters of GMO labeling.

Genetically modified organisms may very well be one of the largest and most concerning experiments conducted by humankind. Genetically modified foods have already been linked to numerous health complications, while simultaneously destroying crops, insects, and even helping to contribute to large-scale farmer suicide.

We are performing an experiment on a global scale, where long-term consequences have yet to be conducted. In the realm of short-term research, the information points in a very dangerous direction. Dr. Charles Benbrook,  a former agricultural staff expert on the Council for Environmental Quality at The White House, Executive Director of the Subcommittee of the House Committee on Agriculture, and Executive Director of the Board on Agriculture of the National Academy of Sciences, has stated:

They have no control over where in that cell or where in that plant’s genome the new genetic material gets lodged and expressed. Because they don’t have control over that, they have absolutely no basis to predict how that trans-gene, the new genetic material, is going to behave in the future as that plant deals with stresses in its environment – whether it’s drought, too much water, pest pressures,imbalances in the soil, or any other source of stress.

Without choice, how can there be trust? Why is the United States government so reluctant to let you know if you’re ingesting GMOs? California’s Proposition 37 is the most recent and possibly last hope for America to move a massive step forward in freedom of choice and freedom of health. Those against us are afraid because we have the power to initiate change.

Please contribute to the Organic Consumers Fund to ensure that Americans will finally have the basic right to know what’s in their food.

I urge you to get involved and help in any way you can. Please support this important state initiative, even if you’re not a resident of California!

Support the Fight for GMO Labeling and Prop 37:

28 responses to “Why Are We Being Kept in the Dark Over GMOs?”