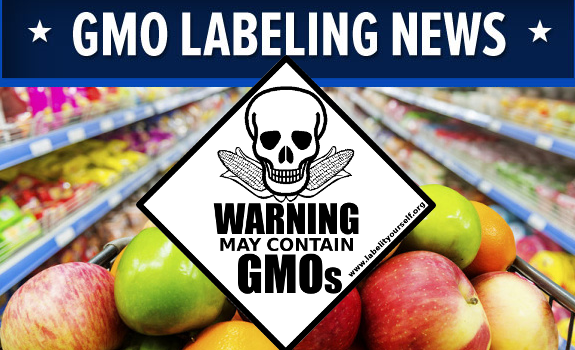 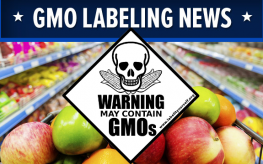 Do you think Monsanto, Syngenta, Dow Chemical, Nestlé, Frito Lay, Pepsi, and others will agree to label their foods just because they think consumers should have the right? Voluntary labeling of GMO foods is the latest tactic by the agriculture and food industries to try to keep mandated labeling at bay. Pamela Bailey, the president of the Grocery Manufacturer’s Association thinks the FDA should have the right to choose, not the people.

Willy Nilly Labeling is No Good

If this initiative were to pass through the senate and congress, then we would have a total hodge podge of GMO labeling, which also means the biotech industry would still be able to grow GMO crops which can easily cross-pollinate to organic ones. Mandatory labeling means that people would likely shun all the GMO products since non-GMO are at least less questionable, if not outright toxic junk. This also means that companies that continued to produce food with GMO ingredients would soon go bankrupt – which is exactly why they don’t want forced labeling – only ‘voluntary.’

Letting companies decide if they should label or not is like allowing the global elite decide on economics – they will also create policies that bail out the big banks, force more Orwellian legislation, and keep us in ‘control’ as much as possible. That would be their choice – none other. They’ve proven it already.

Food companies are just worried that state-by-state, people will decide not only to label GMO, but to ban it altogether. Recent ballot initiatives in Washington and California may have failed, but it cost these food companies millions to defeat the bills. They could have just as easily decided to sell non-GMO foods, and saved quite a bit of money. Besides, several state legislatures are still considering labeling requirements for genetically modified foods, and people everywhere are pushing for those laws across the country.

Russia just recently announced a bill that could significantly restrict GMO imports and would outright ban GMO production within the nation. Sounds like a great idea.

As consumers demand to know what is in their food, it puts the pressure on these companies to try to appeal to us in whatever way they can, while keeping their abject disregard for our health hidden. As long as there is science suggesting that we may not have the full picture on just what transgenic and genetically modified crops will do to us and nature, then it makes sense to make food companies label them. After all, in the long run, when the science comes out to overwhelmingly back up what non-GMO activists have said all along, we’ll have a record of who was willing to serve their customers and who wanted to practice a fanatic plan of eugenics.

I mean, do you really want to eat an orange that’s been crossed with a frog’s genes? They are already playing with glowing cats and robo-bugs, so what’s to stop them – at any hideous creation? They won’t just be trying to create plant varieties that can resist more Round Up, and that’s already proven to be an absolute failure.

Bailey thinks biotech can be trusted though:

“It does not serve national food safety policy to leave these issues to political campaigns.”

Especially when you finally start to lose them.

The groups say mandatory labels would ‘mislead consumers into thinking that engineered ingredients are unsafe’. Yes, we already know this. Labeling just forces your admittance of it. They also believe that a complicated patchwork of labeling laws would be created. Or – more likely, just like medical marijuana being legalized state by state – they would lose the battle one state at a time.

Kraig Naasz of the American Frozen Food Institute, a member of the grocery manufacturer’s coalition, has said that labeling laws would, “increase, rather than reduce, consumer confusion.” Please. We aren’t dumb. We aren’t confused. You are. People all around the world are onto the GMO ploy and they aren’t buying your propaganda anymore. It stinks when people are smarter than you give them credit for – doesn’t it.

If the FDA is given the option to create a voluntary label which would take precedence over all state’s laws, then we might as well take to the farms and start pulling up these plants. If someone was pointing a gun to our heads, we’d have the legal right to defend ourselves. GMO is killing us all – what’s the difference?

Trust the FDA – really? They just overturned a battle fought for 8 years to require companies like Dow chemical to regulate fluoride use in pesticides. Theresa Eisenman, a spokeswoman for the FDA, said food manufacturers are already permitted to label their foods as free of genetically modified ingredients. She said the agency “recognizes and appreciates” consumer interest in the issue.

Activists and consumers need to be alert as ever. Some companies are listening. Whole Foods plans to label GMO within five years – but that isn’t fast enough. Stop by the manager’s desk at the stores you shop in and demand that they only carry non-GMO foods. You can win this battle with your dollar. It obviously counts more than a vote. Our politicians and the FDA don’t speak that language.