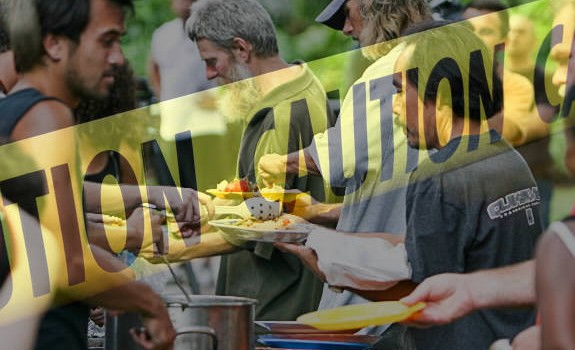 In what amounts to one of the most blatant displays of how truly corrupt the entire hierarchy of the establishment has become, church groups feeding the homeless are now being targeted by law enforcement and local government around the nation.

Back on November 29th, I was alerted to the reality that a church group handing out meals for Thanksgiving at a local park had been told by law enforcement to leave or face potential arrest. The story was ultimately read by millions worldwide after it was syndicated from NaturalSociety sister site Storyleak and other news platforms. And while it was truly concerning, I was still under the impression that it must have been a remotely isolated incident. On the night of December 5th, however, I was disturbed to find yet another church coming forward in revealing a complete attack on their ability to feed thousands of homeless men and women.

In a story now reiterated by numerous other church heads who continue to contact me through email, a Washington-based church out of Olympia is now facing government attack after handing out more than 5,000 meals per month for the last two years. Now, amid the holiday season, the group known as ‘Crazy Faith Ministries’ has been hit with a bureaucratic siege of red tape for handing out the thousands of meals via a public parking lot.

“Although the group has had a long and highly supported presence in the area, complaints began arising regarding issues such as vehicle traffic being blocked from the growing number of hungry people coming to be fed. In October, Charles received notice from the Olympia Police Department that his group would no longer be allowed to use the lot, although unable to cite any law broken.

Despite the city’s attempts, Crazy Faith politely declined to comply, saying the lot was the only area available to use. Charles, who is of Native American decent, refused to give up the Native tradition of helping others in his community.

Unsuccessful in getting the group to vacate, the city is now attempting to use red-tape and bureaucracy by passing a new ordinance that would require the group to purchase permits for any activity in city-owned parking lots. Using any lot without permission from the city government could result in fines and jail time.”

That’s right, feeding the homeless now results in significant fines and even jail time — and that is entirely unacceptable. I encourage everyone to share this article and spread the word about the objectively nefarious actions of the law enforcement agencies who are now criminalizing church groups that simply want to feed the homeless. Meanwhile, politicians siphon our income and get away with secret deals that amount to hundreds of millions stolen each and every day.