U.S. Govt. Funnels Billions of $$$ into Junk Food, Equivalent to Cost of About 52 Billion Twinkies 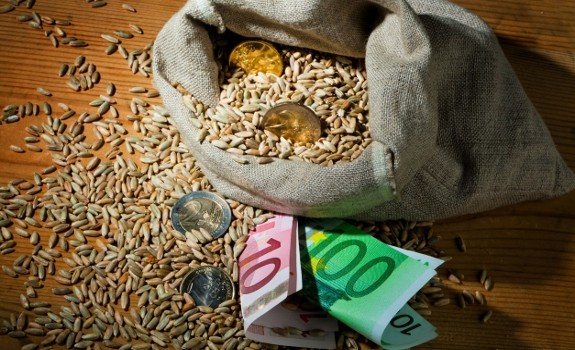 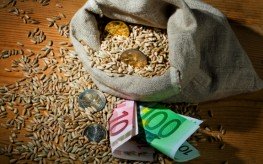 Children today are three times more likely to be obese than three decades ago, while more than one-third of U.S. adults are obese. These obesity rates are directly tied to the number of people dying every year from heart disease, stroke, type 2 diabetes, and some forms of cancer. While the U.S. government would have you think they have your best health interests in mind, there is evidence to the contrary. Not only do they support our growing dependence on dangerous prescription drugs and the proliferation of genetically modified crops, but they also fund the junk food industry through subsidies.

A recent report from U.S. PIRG (a federation of state Public Interest Research Groups) indicates that since 1995, the U.S. government has spent more than $19 billion subsidizing corn and soy junk food ingredients.

That report, “Apples to Twinkies 2013: Comparing Taxpayer Subsidies for Fresh Produce and Junk Food”, says that the government funds more junk food than fresh fruits and vegetables. Though the government spends an estimated $292.5 billion on all agricultural subsidies since 1995, only $689 million went to apples (the “only fruit or vegetable to receive significant federal subsidies”). $689 million for apples compared with $19.2 billion for junk food is a serious disparity.

To be clear, the report doesn’t lump all corn subsidies together, that would be unfair and not a realistic picture of what went toward junk food. Instead, the PIRG looked at what percentage of corn, for instance, went towards corn starch and sweeteners. These junk food ingredients accounted for $8.1 billion of the $84.4 billion in corn subsidies. Of all the corn produced, 9.6% ended up in junk food as thickeners or sweeteners.

Soy, another junk food culprit, ranks fifth on the list of subsidized crops. Soy oils are a common junk food ingredient and accounted for $11.1 billion of the total soy subsidies ($27.8 billion).

“With the money used to subsidize corn and soy junk food ingredients, the government could buy almost 52 billion Twinkies—enough to circle the Earth 132 times when placed end to end, or meet the caloric needs of the entire U.S. population for 12 days.”

Mike Barrett outlined this issue in a previous article called “9 Foods the Government is Paying for You to Eat“. Though while the government is funneling billions into this health-compromising food, much of it is actually paid for with your taxpayer dollars.

“American farm policy is effectively driving the production and propagation of cheap sugars and oils that lead to widespread weight gain,” said the researchers from McGill University. In 2004, they said, 96% of U.S. cropland was dominated by eight crops: corn, soy, wheat and rice among them.

In part because of our dependence on junk food, obesity-related medical costs are at $150 billion each year. As the government struggles to pay for these costs, they simultaneously fuel the problem. If they subsidized fruit and vegetable farmers at the rate of corn and soy, or even close, there’s a good chance we would be the fittest nation rather than one of the fattest.

One response to “U.S. Govt. Funnels Billions of $$$ into Junk Food, Equivalent to Cost of About 52 Billion Twinkies”