Insanity: US Approves Bee Death Pesticide as EU Bans It 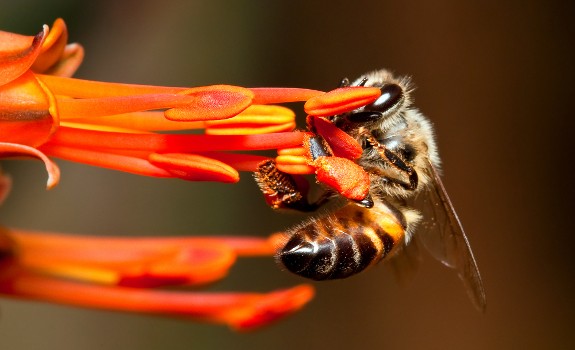 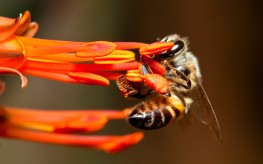 Corporate politics is business as usual inside the United States, as I am once again shocked to report the EPA has sided with industry lobbyists over public health in approving a highly dangerous pesticide that the European Union recently decided to ban over fears of environmental devastation. Not only have neonicotinoid pesticides been linked repeatedly to mass bee deaths, also known as Colony Collapse Disorder (CCD), but the continued use of such pesticides threatens other aspects of nature (and humans) as well.

What’s even more amazing is that the decision not only comes after the EU publicly discussed the major dangers surrounding the use of the pesticides, but after the USDA released a report surrounding the continued honeybee deaths and the related effects — a report in which they detailed pesticides to be a contributing factor.

Just the impact on the honeybees alone, and we now know that these pesticides are killing aquatic life and subsequently the birds that feed upon them, amounts to a potential $200 billion in global damages per year. We’re talking about the devastation of over 100 crops, from apples to avocados and plums.

And there’s countless scientists and a large number of environmental science groups speaking out on this. The EPA has no lack of information the subject. And sure, there are other contributing factors to bee deaths, there’s no question about that. We have an environment right now being hit with Monsanto’s Roundup even in residential areas, we have chemical rain, we have insane amounts of EMF — but it’s pretty clear that neonicotinoid pesticides are at least a major contributing factor. And beyond that, they have no place in the food supply to begin with.

The Pesticide Action Network (PAN) details the EU ban that came right before the EPA acceptance of the death-linked  pesticide:

“The EU vote comes after significant findings by the European Food Safety Agency that these pesticides pose an unacceptable risk to bees and their use should be restricted. Along with habitat loss and pathogens, a growing body of science points to neonicotinoid pesticides as a key factor in drastically declining bee populations.”

So why are they approving this pesticide to now pollute the United States in what potentially amounts to an even larger capacity than the EU? A move that will ultimately escalate the price of food worldwide due to the likely nature of continued bee deaths and subsequent crop impact? That’s the power of phony corporate science.

32 responses to “Insanity: US Approves Bee Death Pesticide as EU Bans It”