‘Transabled’: A New Group Emerges That Wants To Be Medically Disabled

When many of us thought we had seen and heard it all, now comes an emerging group of individuals known as the ‘transabled.’ They are physically healthy people who desire to be disabled in some way. Each person possessing this very strong urge to be incapacitated or mutilated in a particular manner has a different vision for their future.

Some of these folks want to be paralyzed, others want to be blind.  There are people who now seek to have a perfectly healthy limb surgically removed. Some desire to have their leg or arm amputated, others just a foot or hand. There are additional types of disabling and self-mutilation which are too unspeakable to mention in this article.  The common denominator among them all is that they ardently seek to become ‘transabled’.

It’s clear that each person who harbors such strong desires is suffering from various psychological problems and/or emotional imbalances. There often seems to be haunting memories from childhood which have fueled this highly abnormal desire to be disabled or mutilated.

Of course, there are those who simply want the attention that comes with being severely disabled. Wanting to be served by others all the time reveals a mental condition which should not be indulged, however.  The constant outpouring of sympathy, which is often evoked from a loss of limb or function, can even be addictive for some. 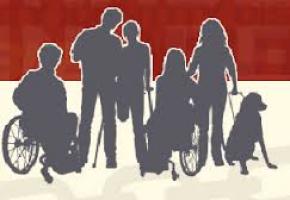 Here’s how one author described this unique psychological condition.

“He said being ‘transabled’ is not a lifestyle choice but is ‘very much a deep felt need to become this way because their bodies are wrong.’

This is Where the Problems Begins

There are now various mental health professionals throughout society who feel that prospective ‘transableds’ ought to be accommodated. Because of the duration of time that they have harbored such a highly consequential desire, some feel that they should be allowed to have their wishes to come true.  In other words, they should be enabled and supported by the medical system.

One such advocate is Clive Baldwin, a Canada Research Chair in Narrative Studies, who is an associate professor of social work at St. Thomas University in New Brunswick, Canada. Baldwin has made this issue a very serious study having interviewed almost 40 people who identify as “transabled.” He is quite sympathetic to their cause as his many controversial statements on the subject clearly indicate.

“Baldwin explained that currently ‘transabalism’ is thought to be a condition referred to as body integrity identity disorder for which, he said, there is no known cure.

It’s important to understand that Mr. Baldwin occupies a fairly influential Research Chair who will be heard by many. He goes on to say in a recent radio interview things which must be quoted directly as follows:

“Klein asked Baldwin whether he thinks ‘in Western civilization, therefore, doctors should indeed amputate an arm, or a leg or make somebody paralyzed or make somebody blind’ to treat ‘transable’ feelings. ‘Do you think that we should go there?’

This very unfortunate psychological ailment, which more people seem to be suffering from, is not so surprising given the current state of affairs throughout some Western societies.  Particularly in the nations of Germany, Switzerland and Canada are these types of psychiatric issues cropping up more and more.

Those societies which promote a pharmaceutical drug culture do seem to have the highest incidence of the ‘transabled’ phenomenon.  The ensuing mental and emotional predicament appears to create a conducive environment for this type of aberrant behavior to occur.

The profound confusion really lies with the mental health professionals who are actually encouraging the self-destructve medical approaches. Some ‘authorities’ actually think that health insurance ought to cover the medically performed self-mutilation of one’s body.

As a way for the patients to deal with their strong feelings, they believe elective dismemberment or elective paralysis or elective blinding ought to be legitimate medical options. A number of these professionals actually bless these medical interventions, which are then deemed ‘necessary’ to complete the process of becoming ‘transabled.’

As for the individual pictured below who lives her life as a disabled person, by her own admission she has chosen to live in a wheelchair for reasons going back to her childhood.  It is quite likely that many ‘transabled’ suffer from similar feelings of jealousy or are envious of those who received such sympathy and attention.

She told the media that when she was young she was jealous of disabled kids and envious of an aunt who got into a bike accident and was required to use leg braces.

It used to be that patients who repeatedly tried to hurt themselves (or had thoughts of seriously injuring themselves) would be put into straightjackets or a padded room where even the ceiling and floor were sufficiently padded.  Certainly those approaches had their drawbacks as well.  Nonetheless, they were designed to protect incorrigible and self-mutilating patients from themselves. Not that we are defending those procedures; only that they were put into place to safeguard the patient.

Nowadays, there are those in the healthcare delivery system who would acquiesce to the wishes of those who are quite obviously suffering from mental derangement. In addition to enabling them in their quest to be disabled, they would like society to provide them with the funds and medical expertise to do the job.

Featured image from: The Millennium Report

17 responses to “‘Transabled’: A New Group Emerges That Wants To Be Medically Disabled”