The Plague Comes Back from the Dead in Colorado

How worried should we be about the disease?'

This recent headline is concerning on the face of it, but how serious really is the potential for the spread of the plague? Actually the plague has been around practically forever with cases usually occurring between late Spring and early Fall. The states of Colorado, Arizona, and New Mexico are the only three that produce cases due to flea bites. The Colorado teen Taylor Thomas Gaes likely contracted the plague from a flea bite. 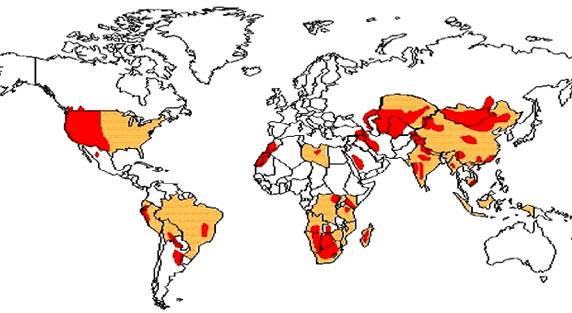 There are three primary types of plague that have appeared in the USA.

All three of these forms of the plague are caused by the same bacterium — Yersinia pestis. This bacteria is also responsible for plague infections in animals, which are often the primary means of dissemination of the disease. Plague can have a quite detrimental effect on nonhuman mammals in particular.

“In the United States, animals such as the black-tailed prairie dog and the endangered black-footed ferret are under threat from the disease.” [1]

Each of these forms of plague can be fatal if not identified within a certain period of time. That seems to be the key to a successful treatment. Because some of the major symptoms mimic those of the flu, it’s very easy for a plague victim to treat it as such. However, the longer plague goes unadressed by not taking a regimen of the necessary antibiotics, the greater the likelihood it will develop into a much more serious medical crisis.

Because of the necessity to quickly identify plague, if flulike symptoms do occur out of season, and the person has had direct exposure to either rodents or ticks, a medical diagnosis should be sought out quickly. Each of the 3 kinds of plague do have telltale signs which are fairly pronounced.

The symptoms of Septicemic plague will produce many of the following distinguishing symptoms:

Just How Serious is the Plague?

When left untreated, there is a mortality rate of 50% or higher. Therefore, the best recommendation is to err on the side of caution and visit the doctor without delay. An experienced physician will be able to expeditiously and conclusively diagnose your condition with the appropriate lab work and physical examination.

Only because they did not know what they were dealing with did the Black Death of 14th century kill an estimated 200 million people. During that pandemic all the primary cofactors conveniently intersected with devastating consequences. Medical science and modern healthcare delivery have all but eliminated the possibility of such pandemics today.

Nevertheless, if a case of any of the aforementioned types of plague is suspected, it is important to look closely at one’s environment particularly for either fleas or rodents. Rodents are thought to be the initial and primary vector of dissemination during the Bubonic Plague of the Middle Ages. 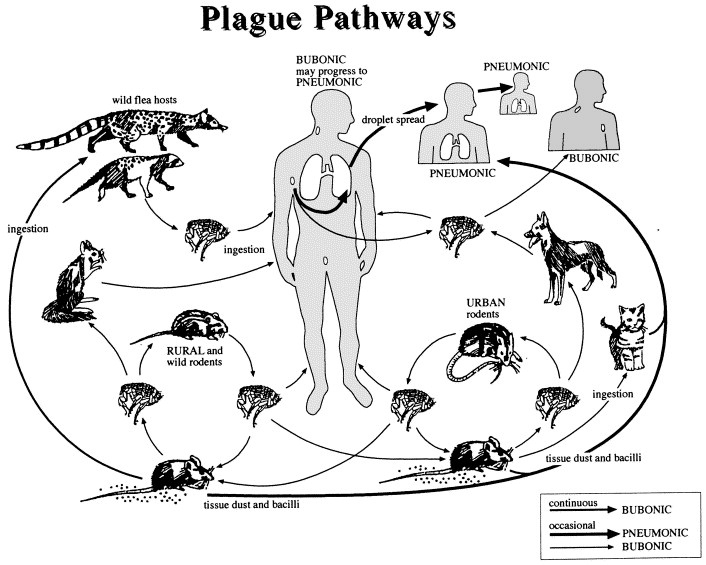 There are a number of antibiotics which have proven to be successful treatments for the various plague infections. The earlier the stages of infection that antibiotics are used, the greater the likelihood of a speedy and successful recovery.

“The FDA approved the drug Levaquin in 2012 to treat the plague, joining other antibacterial drugs, such as streptomycin, doxycycline, and tetracycline, which are approved for the treatment of the infection.” [2]

Many folks these days are very reluctant to takes antibiotics because of the harmful residues which are left behind in the body long after the round of medication is completed. When you’re dealing with the plague, however, it is important to throw everything at it as quickly as possible in order to arrest the more destructive phases of the disease process.

The bottom line here is that sometimes you have to take an antibiotic for pernicious bacterial infections like the plague. It’s also important to complete the whole regimen prescribed even though the symptoms may completely disappear.