Thank President Nixon, the DEA & US Prison Industry for Classifying Marijuana as a Schedule I Drug 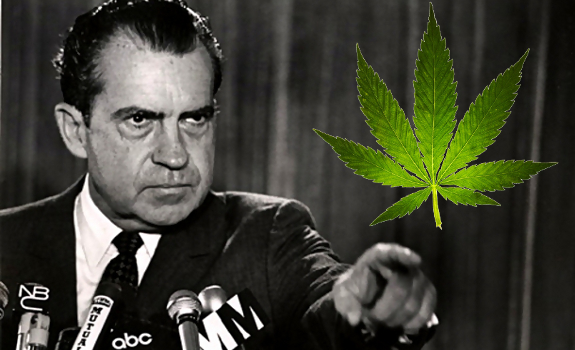 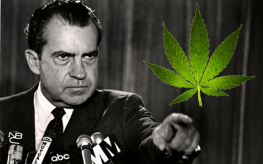 There is a history of ignoring scientific facts on marijuana. The demonization of cannabis was perpetuated with decisions made by President Richard Nixon and is carried forward through today’s DEA. But the tides are shifting.

Cannabis was not always illegal, in the US, or elsewhere. Chinese Emperor Fu Hsi once recommended marijuana as medicine. The Hebrews once wrote of it as a ‘holy anointing oil.’ The Egyptians used it as an anti-inflammatory agent; the Indians, an anesthetic. It was once grown in our own country profusely.

In 1970, cannabis was placed temporarily in Schedule I, the most dangerous controlled substances group, pending the results of a commission created by Richard Nixon to study cannabis and its medicinal effects. In 1972, this commission, the National Commission on Marijuana and Drug Abuse, recommended that cannabis prohibition end, which would remove it from Schedule I. Instead, Nixon disregarded the compelling results of his own appointed commission. Four decades later, cannabis remains a Schedule I classification along with heroine and cocaine.

The Commission’s report acknowledged that, decades earlier, “the absence of adequate understanding of the effects of the drug” combined with “lurid accounts of [largely unsubstantiated] ‘marijuana atrocities’” greatly affected public opinion and labeled the stereotypical user as “physically aggressive, lacking in self-control, irresponsible, mentally ill, and perhaps most alarming, criminally inclined and dangerous.” However, the Commission found that the drug typically inhibited aggression “by pacifying the user… and generally produc[ed] states of drowsiness, lethargy, timidity and passivity.”

“[T]he criminal law is too harsh a tool to apply to personal possession even in the effort to discourage use. It implies an overwhelming indictment of the behavior which we believe is not appropriate. The actual and potential harm of use of the drug is not great enough to justify intrusion by the criminal law into private behavior, a step which our society takes only with the greatest reluctance.”

Despite these facts, last year, over 850,000 people in America were arrested for marijuana-related crimes. Busting people for possession is big business for the DEA and local law enforcement agencies. Police unions, prison guard unions, private corporations which run prison corporations, alcohol and beer companies, and Big Pharma also want to continue to see marijuana classified as a Schedule I drug.

A report, “The DEA: Four Decades of Impeding and Rejecting Science,” released by the Multidisciplinary Association for Psychedelic Studies (MAPS) and DPA, calls on the DEA to end its “unjustifiable” monopoly of the supply of research grade marijuana available for federally approved research.

If Nixon had just listened to his own commission, we might not be in the position to have to fight the DEA and their cronies today.

3 responses to “Thank President Nixon, the DEA & US Prison Industry for Classifying Marijuana as a Schedule I Drug”