The Surprising Health Benefits of the Sugary Date Fruit 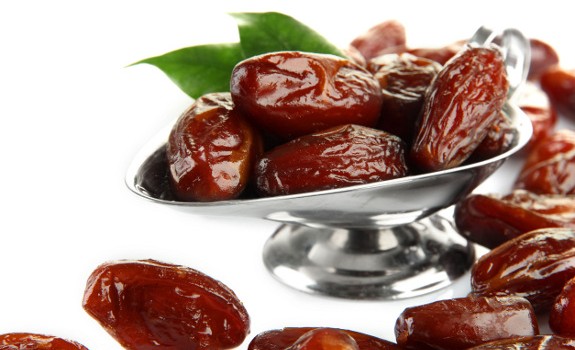 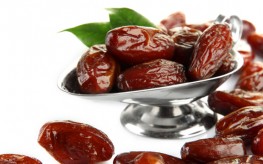 The cultivation of dates, the fruit of the date palm, began more than 5,000 years ago in regions of the Arabian Peninsular, Middle East, and North Africa. Dates have been praised from ancient times for their numerous health benefits in both religious texts and traditional medicine. There are approximately 20 varieties of dates, yet only four varieties were found to have significant health benefits: yellow Barhi, Deri, Medjool and Halawi.

A recent date study by Prof. Michael Aviram and colleagues from Haifa’s Rambam Medical Center and Technion-Israel Institute of Technology was published in the Journal of Agriculture Food Chemistry.

The study found that dates improved triglyceride profiles, and lowered oxidative stress levels by “reducing blood triglycerides,” which “improves the quality” of blood cholesterol by reducing its oxidation.” What’s more, dates attach themselves help remove free radicals from the body.

The researchers concluded that the above benefits translate into a reduced risk for heart attacks, strokes, and vascular disease. His date study found that dates can slow and even reverse “atherosclerosis [accumulation of fatty plaque] in the coronary arteries.”

Interestingly, despite dates containing tons of sugar (80% by weight), it seems that anyone can safely eat up to three dates a day without concerns about raising blood sugar levels.

However, Aviram warned that since dates do indeed have a lot of sugar, they are not recommended for diabetics, even though they do not raise blood sugar significantly. Surprisingly, a study published in the May 28, 2011 Nutrition Journal determined that moderate consumption of dates did not significantly raise the blood sugar levels of type 2 diabetics.

Dates are generally considered a low-glycemic food. The glycemic index (GI) measures how quickly various foods increase blood sugar levels. Whole foods with high sugar content along with high fiber, like dates, are lower glycemically because of their high fiber content. The fiber slows the introduction of sugar into the bloodstream thus avoiding the unhealthy sugar surges associated with most high glycemic foods.

The glycemic load measures the actual blood sugar rise immediately after consumption of a particular food or beverage. The lower the glycemic load, the less there is to worry about blood sugar spikes and their corresponding insulin surges.

Because dates are loaded with both soluble and insoluble fiber and amino acids, they can help to normalize digestive function, too.

Dates also contain minerals like copper, potassium, zinc, magnesium, calcium phosphorous, and iron, as well as B vitamins (especially B6), vitamin K, and vitamin A.

Check out other health benefits of dates here.

Phytonutrients (phyto – Greek for plant) are chemicals found in a wide variety of plants which function to protect the plant from environmental challenges such as germs, fungi, bugs, and other threats. Unlike macronutrients, such as a fats, carbohydrates, or proteins, phytonutrients are powerful micronutrients. Phytonutrients have been found to be highly beneficial promoters of overall health, and there are thousands of them.

“Phytonutrients are non-vitamin, non-mineral components of foods that have significant health benefits. There are literally thousands of them in our foods, appearing in everything from our cup of morning tea to a handful of popcorn at the movies. Some phytonutrients help facilitate the ability of our cells to communicate with one another. Some have anti-inflammatory abilities.”

Bottom Line: Dates are a healthful, nutritious, high energy food that can be safely added to your diet in moderation, especially when you want to increase your stamina or crave something sweet.

Note: Use organic ingredients. Skip the sugar and use only raw honey and preferably raw pastured, cream cheese, or make your own from yogurt. Bon Appetite!