The Western diet is no longer unique to the United States. Many countries the world over have adopted a diet laden with *excess* salt, fat, sugar, and other health-compromising ingredients. Now, people are literally paying for it with their lives, according to a recently published global study. [1]

Researchers looked at the eating habits of people from 195 countries to estimate how much poor diets contribute to mortality. They discovered that 11 million people die each year because they consume too many unhealthy foods and skimp on the healthful ones, like fruits, vegetables, and whole grains.

The team wrote in the journal Lancet that poor diet contributes to more global deaths than cigarette smoking.

In 2017, the leading cause of diet-related deaths around the world was cardiovascular disease, followed by certain cancers and diabetes.

Read: Poor Diet Caused Nearly Half of All Deaths in the U.S. in 2012

The findings show, once again, that a balanced diet is vital to overall health and longevity.

“The results are based on limited data and assumptions, but conclusions are consistent with major reports from public health and medical authorities.”

People living in countries where the Mediterranean diet is commonplace scored the best health-wise. The diet emphasizes fish and lean meats, whole grains, olive oil, and lots of fruits and vegetables. This makes sense, as people who eat a Mediterranean-style diet have a lower risk of cardiovascular disease – possibly even as low as those taking statin drugs.

The Results – Where Does Your Country Rank?

Israel came in first with the least number of diet-related deaths, followed by France and Spain, respectively.

Ashkan Afshin, of the Institute for Health Metrics and Evaluation at the University of Washington, said: [2]

“Generally, the countries that have a diet close to the Mediterranean diet, which has higher intake of fruits, vegetables, nuts, and healthy oils (including olive oil and omega-3 fatty acids from fish) are the countries where we see the lowest number of [diet-related] deaths.”

Bruce Lee, associate professor of international health at Johns Hopkins Bloomberg School of Public Health and executive director of the Global Obesity Prevention Center, said the research shows that poor diets have become synonymous with non-communicable diseases. Physical inactivity and a variety of other environmental, economic, and social factors also play a role, he said.[1]

“Diet can contribute to noncommunicable disease (NCDs) via increased body weight and obesity, elevated blood pressure, hyperlipidemia or high levels of fat in the blood, and conditions that lead to high blood sugar levels.”

Not Enough to Feed the World? 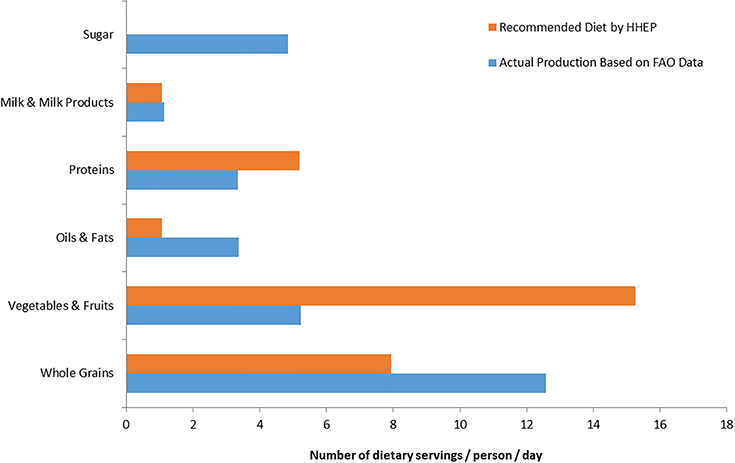 Lee added that one problem is that:

“…unhealthy foods such as those that are highly processed with artificial ingredients are often cheaper to make, store, ship, and prepare. Therefore, such foods have replaced more natural and healthy foods in food systems around the world.”

But even if everyone in the world suddenly decided to start eating healthily, the current global agricultural system wouldn’t be able to provide enough fruits and vegetables to accommodate the global population, a recent study published in PLOS One shows. [2]

The unfortunate reality is that global initiatives are needed to make sure that healthful foods are available to those seeking to improve their health and diet. 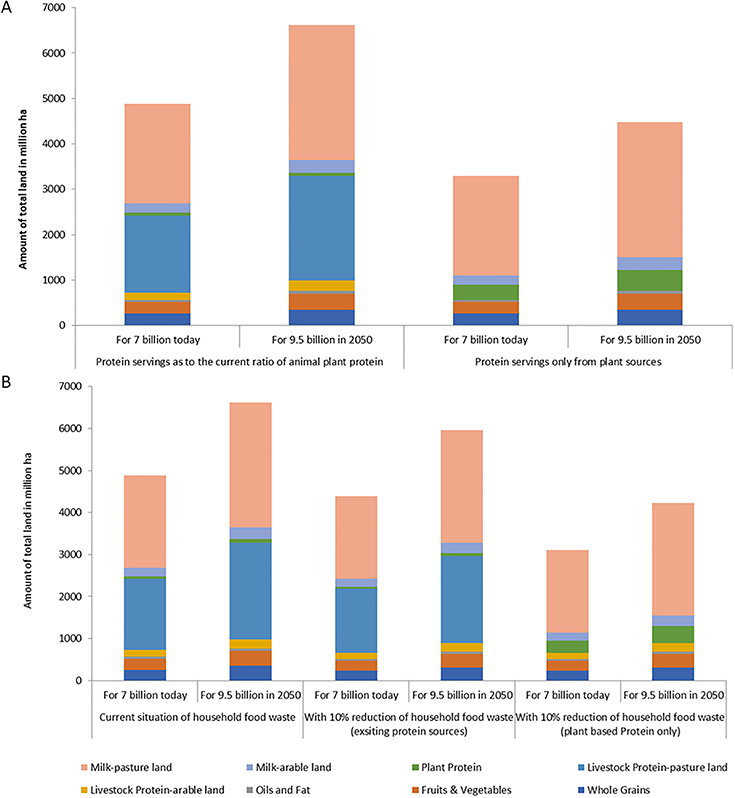 Evan Fraser, the co-author of the study and the director of the Arrell Food Institute at the University of Guelph, remarked:

“We simply can’t all adopt a healthy diet under the current global agricultural system. At a global level, we have a mismatch between what we should be eating, and what we’re producing.”