Smartphones and tablets are replacing face-to-face interactions, and families are suffering because of it, a new study says.

According to lead study author Dr. Jenny Radesky, assistant professor of developmental behavioral pediatrics at the University of Michigan Medical School, incoming communications from work, friends, and the world at large is “contaminating” family mealtime, bedtime, and playtime. Whether you agree with the term ‘contamination’ or not, I think we can all agree these times are changing due to these technological devices. [1]

“This tension, this stress, of trying to balance newly emerging technologies with the established patterns and rituals of our lives is extremely common, and was expressed by almost all of our participants. We have to toggle between what might be stress-inducing or highly cognitively demanding mobile content and responding to our kids’ behavior.”

As a result, there is more tension between parents and their children, with increased stress in the home.

The findings are based on interviews with 35 parents and caregivers of young children in the Boston area. The study included 22 mothers, 9 fathers, and 4 grandmothers.

Participants were between the ages of 23 and 55, with an average age of 36, and cared for toddlers or children up to age 8. Roughly 1/3 were single parents, and nearly six in 10 were white.

Joseph Bayer, an assistant professor in the School of Communication at Ohio State University, found the results unsurprising. It all makes perfect sense to Bayer, who says:

“Given past research on texting while driving and mentally demanding tasks, I can see how ‘texting while parenting’ would lead to some cognitive and emotional conflict.” [2]

There were some positive associations with using mobile devices at home, too.

Here are a few interesting findings from the study:

“Younger generations believe that they can multitask with anything and that is simply not true.

What they rapidly discover is that they cannot do two tasks together as well as each separately, and, in fact, it adds another layer of stress to their already stressed lives raising children.”

“So much of their lives are contained in these devices – work, friendships, world news, loads of information – so they elicit much more in-depth cognitive and emotional responses from us, and this can be even harder to balance with attention to each other.” 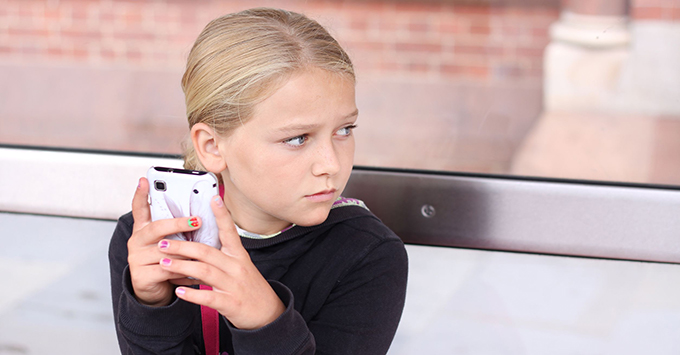 Radesky has some advice for parents and caregivers who are struggling to keep all of the balls in the air while still holding onto their electronic gadgets:

Here’s something else for parents to consider. A study published this past spring shows that 1/2 of U.S. kids are addicted to technology, so there is no doubt that this problem is pervasive, and growing.