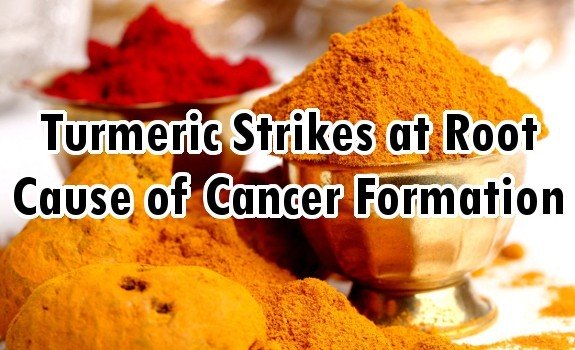 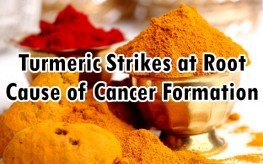 Turmeric is known for a wide range of benefits, one of the most promising being it’s potential uses in the prevention and treatment of cancer. A new study published in the journal Cancer Letters has taken a new look at the active anti-cancer component in turmeric—curcumin—and found that it can strike at the ‘root cause’ of cancerous tumor formation.

The conventional school of thought has always assumed cancer cells self-renew, that the cells within a tumor are sort of equals. Another school of thought, and one that is gaining more traction, is the one that looks at cells known as cancer stem cells (CSC) and proposes that these sort of “mother” cells are at the top of cancer cell hierarchy and drive the growth of tumors.

Using the conventional model of cancer and treating tumors with surgery, chemo, and radiation, we may be able to “debulk” a tumor, but the stem cells may remain behind. When this happens, not only does the tumor eventually come back, but it does so with a vengeance, being treatment-resistant and often resulting as death.

Instead, the CSC model of cancer development and treatment focuses solely on eradicating these mother cells, and thereby destroying a tumors ability to regrow.

Read: Cancer Doctor Explains How to Get Most from Turmeric

They found that curcumin is able to selectively kill cancer cells while maintaining healthy cells. In some cases, it is actually able to work alongside conventional chemotherapy, giving the conventional treatment more effectiveness and lessening the harmful side effects.

Further, curcumin has been found to alter the expression of microRNAs, which regulate an estimated 33% of the protein-coding genes in humans, effectively working to suppress tumor formation. Finally, according to Green Med Info, “curcumin appears to directly and indirectly influence at least three self-renewal pathways within cancer stem cells, namely, Wnt/b-catenin, sonic hedgehog 89 (SHH), and Notch.”

“Curcumin, as well as its modiﬁed forms (analogues or nanoparticle-encapsulated formulations), has shown great potential to inhibit CSCs in several types of cancer both in cell cultures and in mouse models, including glioma, breast, colorectal, pancreatic, brain, and esophageal cancers. Some analogues (e.g., CDF) and formulations (e.g., nanotechnology-based formulation) have exhibited improved efﬁcacy against CSC-like cells and greater growth-inhibitory capacity in tumors. It is promising to evaluate curcumin and its modiﬁed forms in other types of CSCs.”

18 responses to “Turmeric Strikes at ‘Root Cause’ of Cancerous Tumor Development, Study Finds”