Stress Could Literally be Shrinking Your Brain, a Study Says

Stress is getting to a lot of people these days. Even if you have a great job, plenty of money in the bank, and a healthy family, the current political climate can be enough to make you pack your bags and move to the mountains. It’s important for overall health to minimize stress as much as possible, especially seeing as stress could quite literally shrink your brain and hamper cognitive function. [1]

Middle-aged adults with the highest levels of the stress hormone cortisol had lower brain volume and cognitive functioning than people with lower levels of cortisol, researchers found.

The study didn’t follow participants to see if they developed dementia, but brain shrinkage could be a precursor of future cognitive decline, according to study co-author Dr. Sudha Seshadri, a professor of neurology at UT Health San Antonio.

“We have previously shown that changes of this magnitude do predict level of mental dementia, even vascular brain injury, 2 or 3 decades later.”

Cortisol is a hormone that the human body needs for a variety of functions, including metabolism, immunity, and memory formation. But unwelcome amounts of the hormone is produced when you experience stress, and too much of it can lead to weight gain (particularly in your midsection and face), acne, severe fatigue, and a slew of other health problems. [1] [2]

How Stress Affects Cognition and Memory

Seshadri and colleagues looked at more than 22,000 adults participating in the Framingham Heart Study, with an average age of 48. Each adult underwent a psychological exam testing their memory and thinking skills at the beginning of the study, and again about 8 years later. The participants provided blood samples to allow the researchers to measure cortisol levels, and most of the subjects underwent MRI scans to measure brain volume. [1]

After the tests were completed and the team analyzed the results (while accounting for demographic and health information), they found that there was a link between elevated cortisol levels and lower total brain volume, as well as lower scores on memory and cognition tests, despite all of the participants being dementia-free.

The effect was more pronounced in women than men, though it’s not clear whether this was because women are more stressed-out or because they’re more susceptible to the effects of stress. [3]

Participants with the highest levels of cortisol had reduced volume in the frontal and occipital lobes of the brain. What’s more, these individuals showed changes to the white matter (the tracks of connections between neurons), which may be a sign of poorer connectivity.

“In our quest to understand cognitive aging, 1 of the factors attracting significant interest and concern is the increasing stress of modern life. One of the things we know in animals is that stress can lead to cognitive decline. In this study, higher morning cortisol levels in a large sample of people were associated with worse brain structure and cognition.”

Some Issues with the Study 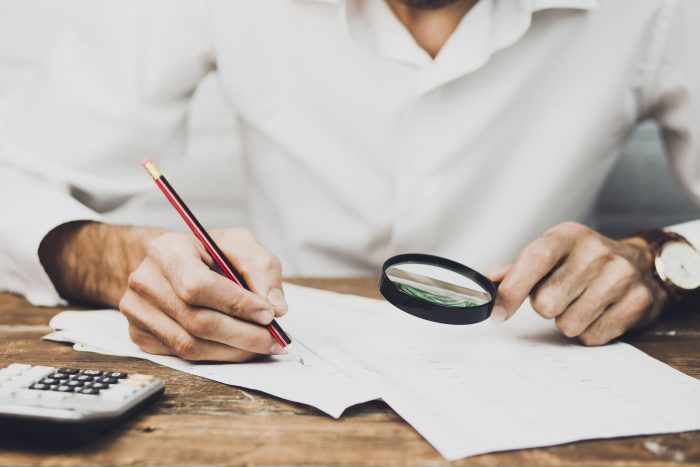 The study does not prove causation because it was observational in nature. Additionally, researchers only measured blood cortisol levels once during the study period, which prevented them from assessing changes over time, or even each participant’s average cortisol levels. Furthermore, the study was not representative of the total U.S. population; the majority of participants were white and lived in the same general area. [1]

But the link the team uncovered still suggests that stress can alter brain structure and function in negative ways, according to Seshadri. Cortisol levels that were considered high in the study were consistent with those that adults could expect to see in day-to-day life, the researcher said.

“The fact that in this range, having a higher cortisol level was associated with the changes in brain function this early in life was both alarming and an opportunity. There’s one more strand that one can work on to reduce the public health impact of dementia. I cannot tell you for sure that lowering cortisol is going to necessarily result in benefits, but it’s a first step.”

Since stress can lead to all sorts of unpleasant symptoms, it’s worth it to reduce stress as much as possible. Activities like meditation, exercise, yoga, getting enough sleep (researchers say the world is in the grip of a “sleep crisis”), and enjoying a healthy social life can go a long way toward easing stress and protecting that brain.

“There are things that we know lower cortisol. We are expanding our understanding of the link between these lifestyle interventions and their effect on cognitive decline and dementia.”

The study is published in the journal Neurology.

One response to “Stress Could Literally be Shrinking Your Brain, a Study Says”