Key to their finding is the neurotransmitter GABA

Researchers at Harvard and MIT have discovered a link that could make it easier to diagnose and treat autism.

Their findings prove what scientists have suspected in animals – a breakdown in how people receive information and process it is different in those suffering with autism.

“This is the first connection in humans between a neurotransmitter in the brain and an autistic behavioral symptom,” Caroline Robertson, a postdoctoral at MIT’s McGovern Institute for Brain Research and the study’s lead author, said in a statement.

The researchers found a link between the activity of the neurotransmitter GABA and symptoms of autism. GABA neurotransmitters inhibit brain cells from firing in response to signals received from the external environment. Robertson describes GABA’s job as curbing “runaway excitation” in the brain.

“GABA is responsible for signaling that neurons should turn off, or stop firing,” Robertson told The Huffington Post. “It tends to come into play … when information is being transmitted and it needs to be shut down or filtered out.”

“It’s necessary to filter out signals in the external world that aren’t relevant to the task at hand.  GABA helps us in this kind of inhibition.”

For the study, scientists tested people with and without autism by showing them 2 images, one for each eye. The test requires the brain to switch between what the right and left eye takes in. In adults without autism the brains generally switched back and forth 9 times a minute, with one image fully blocking the other image 70% of the time, as the brain processed the information it was seeing. 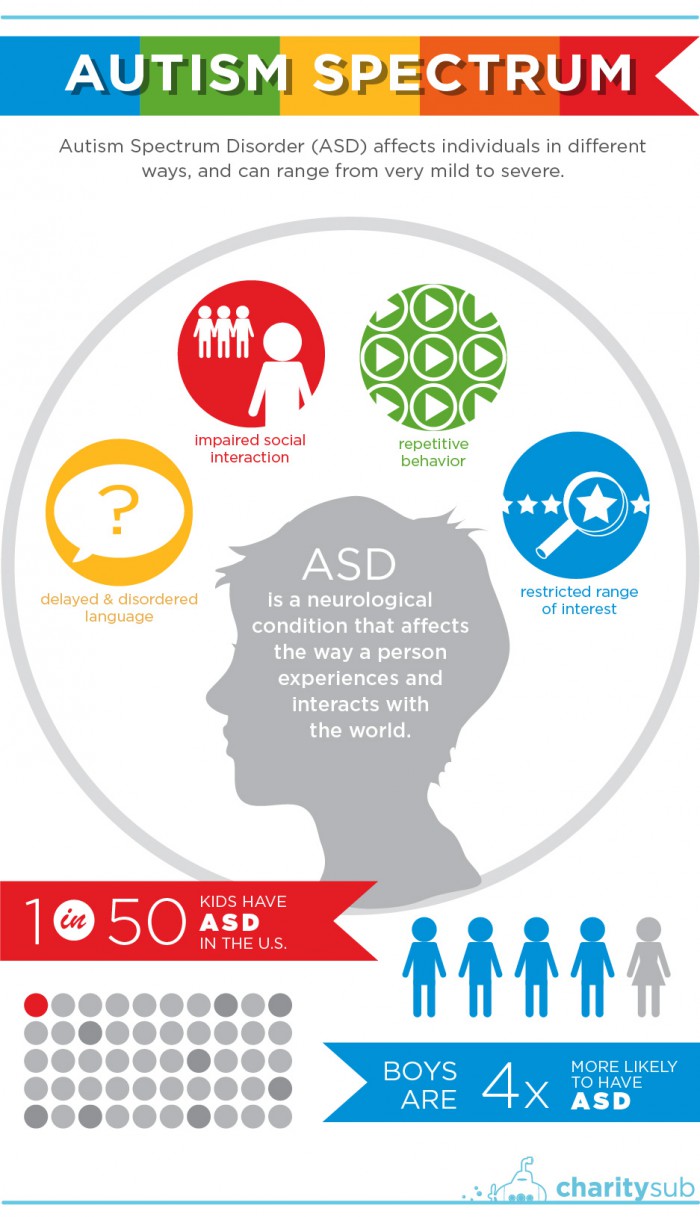 The brains of the autistic participants only switched back and forth half as often and blotted out one image just 50% of the time.

A brain imaging technique that can account for levels of neurotransmitters in the brain was used in the study to measure individuals’ responses.

People with autism struggle to tune out distracting sounds and sensations due to hypersensitivity to external stimulation, and they feel overwhelmed in highly stimulating or loud situations. An itchy sweater or ambient noise in the background of a conversation can “overload” people with autism.

The findings prove the pathway carrying information to the brain in people with autism is compromised. In other words, when GABA fails to curb “runaway excitation,” it makes it harder for the brain to tune out external distractions.

“It’s not as simple as GABA is missing in the autistic brain,” Robertson explained. “It’s not in lower concentration, it’s just not relating to visual perception.”

The study’s results suggest the test could be conducted on non-verbal children to help diagnose autism. The earlier autism is diagnosed, the sooner parents and doctors can intervene and try to help a child.

The scientists say they still don’t know what causes this dysfunction, and more research needs to be done to determine whether increasing GABA function could improve symptoms of autism.

One has to wonder if Robertson and her colleagues have ever had a chat with Stephanie Seneff, PhD, a research biologist at MIT who has studied autism along with Alzheimer’s, cancer, and a whole host of other diseases for more than 30 years.

Hopefully this research will help lead to significant improvements in the world of autism.