Check out these nasty photos

Have you ever tried the food served up in cafeterias in schools? In the case of one school in Connecticut, you would probably get sick to your stomach before even trying what their cafeteria serves up. The school was recently caught serving students an array of ‘absolutely terrible’ food, which was often either under-cooked, tainted with hair, or even moldy.

Students attending Farmington High School of Farmington, Connecticut have recently led one of the largest, most viral lunchtime boycotts to date. It was fueled not only by terrible food which should have never been served, but also the relentless system which would deny students food when an account was slightly overdrawn. Student’s weren’t even alerted that their accounts started running low; instead, the lunch would b e tossed in the garbage at checkout.

But the students weren’t necessarily trying to target the school, but rather the food company which provides the food for the school – Chartwells. One student estimated that if 300 students participated in the boycott, Chartwells would an estimated $6,000. So the students gathered more than 500 students to make known their collective voice.

Following this recent boycott, a group of students in Connecticut say they have reached a compromise with their school administration and the company that provides the food.

Jill Donnelly, the director of dining services at Farmington for Chartwells, told HuffPost that the company is replacing a microwave in the cafeteria for students and that they will giving nutritional advice to student athletes upon request.

Here are a few pictures provided by students of the tainted food being served: 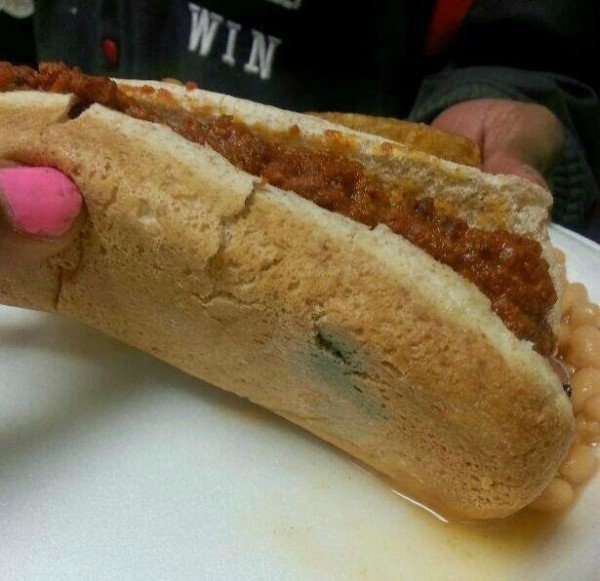 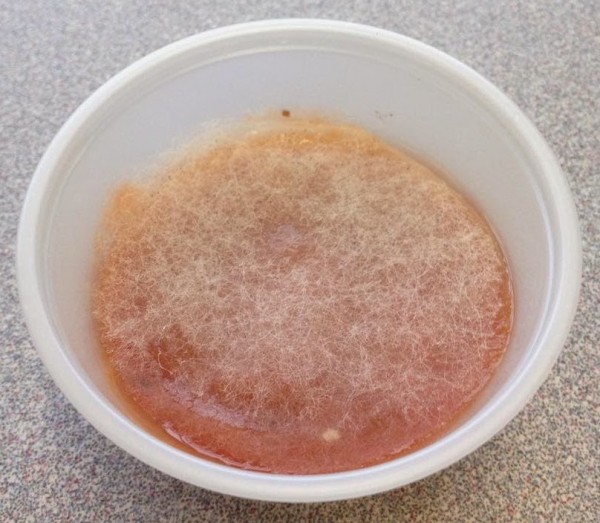 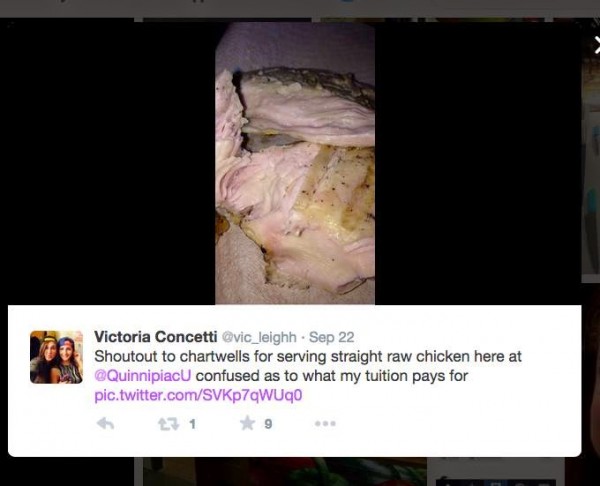 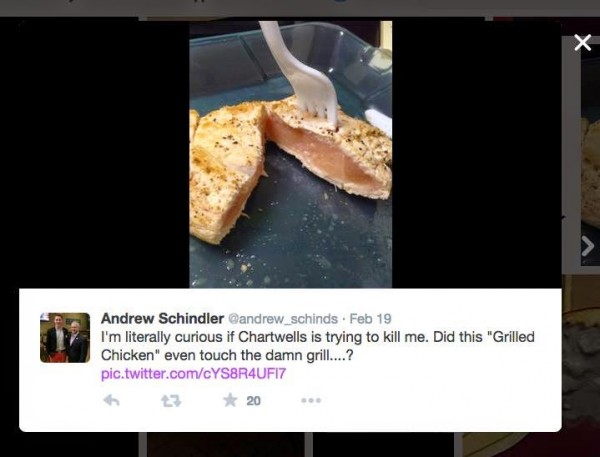