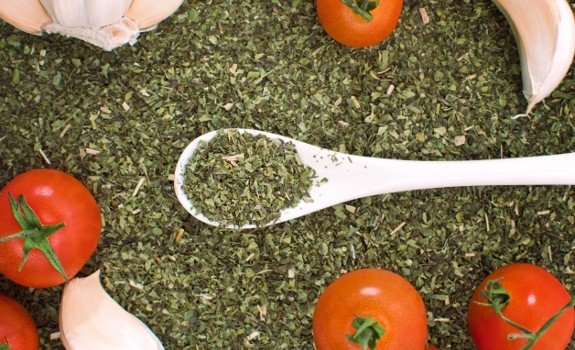 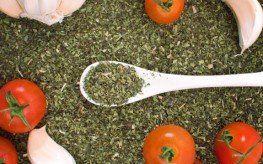 A growing number of people don’t want their meat raised with antibiotics. Due to concerns of antibiotic-resistance, animal treatment, and personal health, more and more individuals are seeking out food makers that specifically buy only antibiotic-free meats. What was once an extremely small market is booming. With that growing demand comes new and innovative ways to raise food animals who are free of disease and illness while also remaining free of antibiotics. As one example, some farmers are turning to oregano oil and even cinnamon in place of massive amounts of antibiotics.

While major operations continue to feed their cattle antibiotics and even cookies and candies, at least one chicken farmer in Pennsylvania is using a product made of oregano oil and cinnamon to help raise his chickens. Profiled by the NY Times, chicken farmer Scott Sechler says he has been using the product for a while and is optimistic about its benefits.

“I have worried a bit about how I’m going to sound talking about this,” said Sechler, who operates Bell & Evans farm. “But I really do think we’re on to something here.”

Sechler is using a product called By-O-Reg Plus, manufactured in Denmark. It reportedly harnesses the healing, natural antibiotic properties of oregano oil and makes it available to livestock animals. The product is only part of Sechler’s solution, however. He also relies on cleanliness to keep his chickens healthy. When chickens are taken to slaughter, their facility is hosed out and thoroughly cleaned before being allowed to sit empty for a few weeks to ensure any bacteria is dead. Good ventilation and lighting are also used.

With antibiotics, little thought is given to hygiene as the powerful medications are used as the magic bullet.

It is no secret that oil of oregano harnesses powerful antibiotic properties, but it’s results in agricultural studies have thus far been mixed.

Oregano Oil Use for Livestock

About a decade ago, Bayer conducted trials comparing antibiotic use with the By-O-Reg Plus product, made by Ropapharm International. In four piglet test groups the oregano product outperformed Bayer’s products. The product manager, Dr. Lucio Nisoli remarked, “Compared to the various anti-infectives, with Ropadiar I have obtained much more effective and quicker results. Furthermore, piglets treated with Ropadiar look much more healthy and were not so dehydrated and wasted.”

Unfortunately Bayer now says those results have not been duplicated in other species nor in other tests with pigs. Further, Bayer is far from a role-model corporation.

Still, another test on four small Maine farms found oregano oil to be effective in controlling parasites among goats and sheep. On mice, another study out of Georgetown University Medical Center looking at the effects of oregano oil on staph infection found it was far more effective than an olive oil control.

The studies on oregano oil are limited because there isn’t big money pushing the research. However, with growing demand for natural solutions, we can hope further testing will be done and will push more natural disease-prevention options forward.

2 responses to “Could Oregano Oil Replace Antibiotics in Livestock Treatment?”