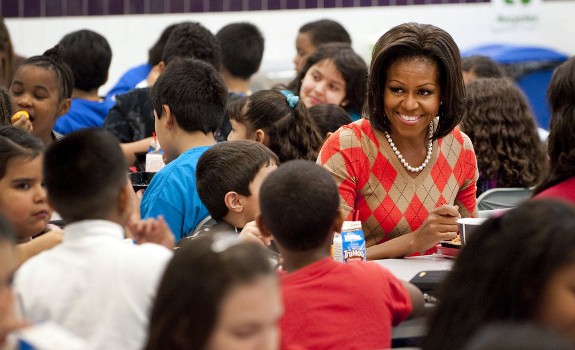 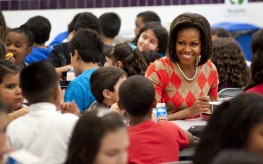 The U.S. Department of Agriculture (USDA) and the White House recently announced new rules that would limit the amount of marketing for unhealthy foods that children are exposed to in school. While some are lauding the move as a giant step in the right direction, others say it simply doesn’t go far enough.

Your child may not be able to by a Coke from their lunch line, but that doesn’t mean they aren’t fed junk marketing from Coca-Cola and other similar companies. The vast majority of U.S. schoolchildren are exposed to junk food marketing while in school, no doubt contributing to the obesity epidemic still prevalent among children of all ages.

The proposed rule changes would only allow advertising and marketing for foods that meet the nutritional guidelines for schools. You already can’t buy candy bars and soda in vending machines, but the companies still market their wares. The rule change would align the marketing rules with those applied to the actual sale of food.

“Given the high rates of childhood obesity and children’s poor diets, it doesn’t make sense to advertise and market unhealthy food to children at all, much less in schools,” said nutrition policy director Margo G. Wootan of the Center for Science in the Public Interest. “Parents know from experience, and studies show, that food marketing affects kids’ food preferences, food choices, and health.”

A recent study published in the JAMA revealed that some 70 percent of high school students in the U.S. were exposed to junk food marketing through exclusive beverage contracts (EBCs). Among younger students the rate was much lower, but all children were exposed to this marketing in one way or another.

Junk food marketing in schools includes soda-makers’ names on the sides of cups, logos on scoreboards, posters in the hallway, and programs that offer junk foods as incentive for school work.  The proposed changes wouldn’t limit all of these things, and some say that’s why it doesn’t go far enough.

Fundraising events, like those that entice families to eat at McDonald’s on a certain night with some of the proceeds going back to the school, would not be excluded from schools. Neither would programs like Pizza Hut’s Book It program that provides pizzas to the youngest of children in exchange for their reading books.

These proposed rules, which have not been finalized, would join the Smart Snacks in Schools guidelines, set to take effect in the 2014-15 school year. The Smart Snacks program further reins in unhealthy snacks served in school lunch lines and through vending machines.