Magnesium and Blood Pressure – What You Need to Know

The Importance of Magnesium – A Personal Experience

High blood pressure runs in my family. I was personally diagnosed with hypertension in middle school. I was prescribed medication; but like many college students, I neglected my health after high school and stopped taking my pills. I was forced to start taking my medication again after I began developing random, massive nosebleeds in college.

But then, a few years ago, I developed heart palpitations, which sent me to the emergency room. My heart was trying to beat between beats – yes, very uncomfortable – and that’s when I discovered I had a magnesium deficiency. (By the way, here are 16 magnesium deficiency symptoms to take note of so you don’t suffer as I did.)

Unfortunately for me, adding magnesium to my diet produced minimal results (though that doesn’t mean one shouldn’t go that route). I was finally prescribed a heavy-dose magnesium supplement. All is well again, and now I’m anal-retentive about picking foods rich in magnesium at the supermarket.

Magnesium wasn’t something I’d ever given any thought to before my heart palpitations started. Yeah, I then realized how important the link between magnesium and blood pressure is. Now I know my body needs this essential mineral for muscle and nerve function, blood glucose control (vitally important for diabetics like me), and, yes, blood pressure control. [1]

If you don’t have enough magnesium in your body, you can experience the following symptoms:

Magnesium and Blood Pressure – What the Research Says

In a meta-analysis, a group of researchers led by Dr. Yiqing Song, an associate professor of epidemiology at Indiana University, looked at 34 studies having a combined total of more than 2,000 patients.

The participants were given between 240 and 960 milligrams of magnesium daily, and the studies ranged in duration from three weeks to six months.

Read: Magnesium Found to Reduce “All Cause Mortality” Dramatically

As reported by LiveScience:

The research team concluded after further analysis of the data that taking 300 mg of magnesium supplements per day for a month could both lower blood pressure and result in higher magnesium levels in the blood.

“Our findings support a causal anti-hypertensive effect of [magnesium] supplementation in adults.” [2]

The team added that the mechanisms for how magnesium lowers blood pressure “have been confirmed by laboratory studies.” For example, magnesium helps prevent blood vessels from constricting, which can increase blood pressure; and it has been demonstrated to improve blood flow.

However, the team noted that magnesium supplements may have an effect only if someone doesn’t get enough of the mineral in his or her diet. 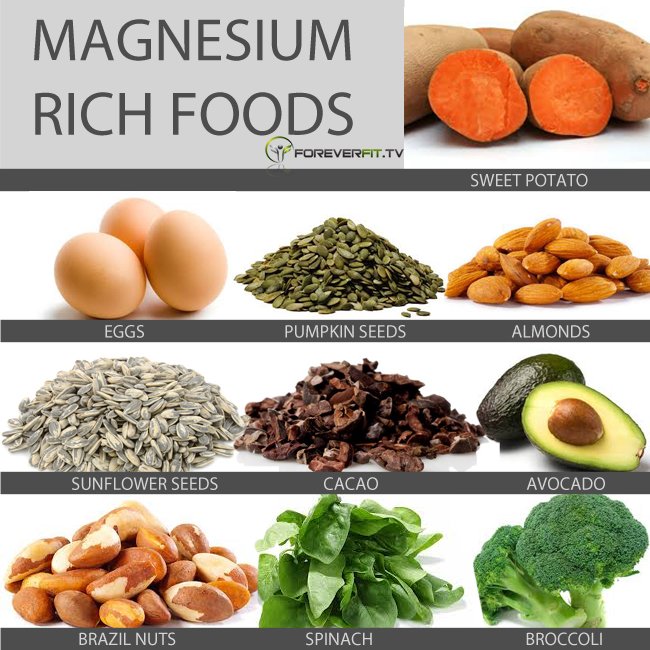 “Consistent with previous studies, our evidence suggests that the anti-hypertensive effect of magnesium might be only effective among people with magnesium deficiency or insufficiency.

Such suggestive evidence indicates that maintenance of optimal magnesium status in the human body may help prevent or treat hypertension.” [2]

Nieca Goldberg, M.D., of the New York University Langone Medical Center, said the study is interesting “because the DASH diet, which is often prescribed to people with high blood pressure, features magnesium-rich foods.”

To fulfill this magnesium and blood pressure relationship, she recommends that people with hypertension make it a point to eat foods such as eggs, chicken, nuts, halibut, shrimp, and spinach to ensure that they get the proper amount of magnesium.

The recommended daily amount of magnesium is about 400 mg/d for adults. [3]