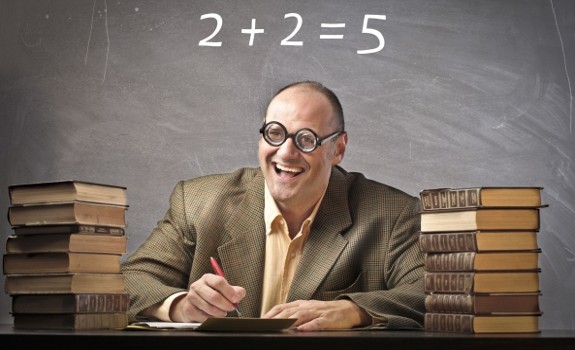 Would you be surprised to hear that the human race is slowly becoming dumber, and dumber? Despite our advancements over the last tens or even hundreds of years, some ‘experts’ believe that humans are losing cognitive capabilities and becoming more emotionally unstable. One Stanford University researcher and geneticist, Dr. Gerald Crabtree, believes that our intellectual decline as a race has much to do with adverse genetic mutations. But human intelligence is suffering for other reasons as well.

According to Crabtree, our cognitive and emotional capabilities are fueled and determined by the combined effort of thousands of genes. If a mutation occurred in any of of these genes, which is quite likely, then intelligence or emotional stability can be negatively impacted.

“I would wager that if an average citizen from Athens of 1000 BC were to appear suddenly among us, he or she would be among the brightest and most intellectually alive of our colleagues and companions, with a good memory, a broad range of ideas, and a clear-sighted view of important issues. Furthermore, I would guess that he or she would be among the most emotionally stable of our friends and colleagues,” the geneticist began his article in the scientific journal Trends in Genetics.

Further, the geneticist explains that people with specific adverse genetic mutations are more likely than ever to survive and live amongst the ‘strong.’ Darwin’s theory of ‘survival of the fittest’ is less applicable in today’s society, therefore those with better genes will not necessarily dominate in society as they would have in the past.

While this hypothesis does have some merit: are genes really the primary reason for the overall cognitive decline of the human race? If humans really are lacking in intelligence more than before, it’s important to recognize other possible causes. Let’s take a look at how our food system plays a role in all of this.

It’s sad, but true; our food system today is contributing to lower human intelligence across the board.

The Water Supply, Fluoride is Lowering Your IQ

Researchers from Harvard have found that a substance rampant in the nation’s water supply, fluoride, is lowering IQ and dumbing down the population. The researchers, who had their findings published in the prominent journal Environmental Health Perspectives, a federal government medical journal stemming from the U.S National Institute of Environmental Health Sciences, concluded that ”our results support the possibility of adverse effects of fluoride exposures on children’s neurodevelopment”.

“In this study we found a significant dose-response relation between fluoride level in serum and children’s IQ…This is the 24th study that has found this association”.

One attorney, Paul Beeber, NYSCOF President, weighs in on the research by saying:

“It’s senseless to keep subjecting our children to this ongoing fluoridation experiment to satisfy the political agenda of special-interest groups. Even if fluoridation reduced cavities, is tooth health more important than brain health? It’s time to put politics aside and stop artificial fluoridation everywhere”.

One study published in the Proceedings of the National Academy of Sciences found that pesticides, which are rampant among the food supply, are creating lasting changes in overall brain structure — changes that have been linked to lower intelligence levels and decreased cognitive function. Specifically, the researchers found that a pesticide known as chlorpyrifos (CPF) has been linked to ”significant abnormalities”. Further, the negative impact was found to occur even at low levels of exposure.

Lead researcher Virginia Rauh, a professor at the Mailman School of Public Health, summarized the findings:

“Toxic exposure during this critical period can have far-reaching effects on brain development and behavioral functioning.”

Following 14,000 children, British researchers uncovered the connection between processed foods and reduced IQ. After recording the children’s’ diets and analyzing questionnaires submitting by the parents, the researchers found that if children were consuming a processed diet at age 3, IQ decline could begin over the next five years. The study found that by age 8, the children had suffered the IQ decline. On the contrary, children who ate a nutrient-rich diet including fruit and vegetables were found to increase their IQ over the 3 year period. The foods considered nutrient-rich by the researchers were most likely conventional fruits and vegetables.

Interestingly, one particular ingredient ubiquitous in processed foods and sugary beverages across the globe -high fructose corn syrup – has been tied to reduced IQ. The UCLA researchers coming to these findings found that HFCS may be damaging the brain functions of consumers worldwide, sabotaging learning and memory. In fact, the official release goes as far to say that high-fructose corn syrup can make you ‘stupid’.

Gene mutations may have something to do with the ongoing decline in human intelligence, but let’s stop to think for a moment what we’re doing to ourselves to make this decline even more prominent.

Editor’s Note: Special thanks to Matt Drudge and Drudge Report for sharing this article.