The agrochemical company has finally been held accountable

A jury has awarded $250 million in punitive damages and nearly $40 million in compensatory damages to a former school groundskeeper who alleged in a lawsuit that glyphosate, the main ingredient in Monsanto’s Roundup weedkiller, caused him cancer. [1]

The plaintiff, DeWayne Johnson, was seeking $400 million in punitive damages and $39 million in compensatory damages from the biotech company, according to his attorney.

Johnson’s lawsuit was the world’s first Roundup case to go to trial. The August 10 ruling could set a huge precedent for the thousands of other cases facing Monsanto (now Bayer) that have been filed on behalf of victims or their loved ones. His case was the first to go to trial because doctors said he was near death. In California, where the trial took place, dying plaintiffs can be granted expedited trials.

Read: Roundup Chemicals Linked to Cancer of the Lymph System

“Monsanto made Roundup the oxycontin of pesticides and now the addiction and damage they have caused have come home to roost. This won’t cure DeWayne Lee Johnson’s cancer, but it will send a strong message to the renegade company.” 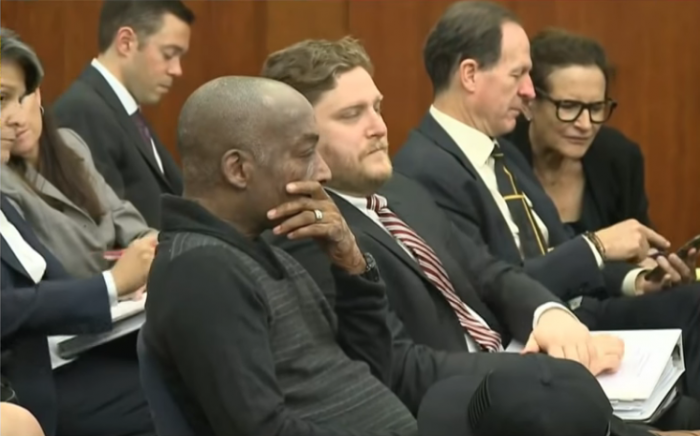 While working as a groundskeeper for a school district near San Francisco, Johnson, 46, applied a concentrated version of Roundup 20 to 30 times a year. [1]

On 2 separate occasions, Johnson was accidentally doused in large amounts of the herbicide, the first of which occurred in 2012. Two years later, he was diagnosed with non-Hodgkin lymphoma.

About 80% of the dying man’s body is covered in lesions, which was the first sign to Johnson and his wife that something was terribly wrong.

The Debate over Glyphosate

After 3 days of deliberation, the San Francisco Superior Court of California jury concluded that Monsanto failed to warn Johnson and the general public about the cancer risks associated with Roundup. [3]

Monsanto has always insisted that Roundup is safe for use, and railed against the World Health Organization’s International Agency for Research on Cancer’s (IARC) 2015 assessment that glyphosate was a probable human carcinogen.

The U.S. Environmental Protection Agency (EPA), on the other hand, has waffled on whether to consider glyphosate a carcinogen. After conducting its own review of the chemical in 2017, it concluded that glyphosate is likely not a carcinogen.

However, California’s Office of Environmental Health Hazard Assessment added glyphosate to its list of known carcinogens – a move that prompted Monsanto to file a lawsuit against the state, which it subsequently lost. [2]

In a statement, Monsanto said it would appeal the verdict. [3]

We here at Natural Society wish Mr. Johnson and his family the best. We will continue to monitor Johnson’s case and the others awaiting trial and will keep you updated as things progress.