Is Mold in Your Home Making You Sick? 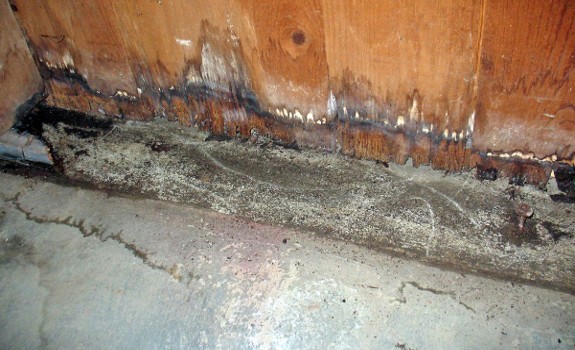 Different molds come with different toxicity levels. The primary toxic fungus is produced from moisture collected on or especially inside wet porous surfaces that contain enough cellulose or organic material to feed the fungus. Examples are soft wood, drywall and other porous materials such as carpeting and ceiling tiles.

Molds can be sneaky, hiding out of view beneath outer layers of porous materials that were once wet but appear dry now.

Mold in Your Home

Toxic Black Mold, or Stachybotrys (stack-ee-BOT-ris), is very hazardous to health, especially when it dries and releases spores into the air. It is more common in areas with over 55% relative humidity. Another really dangerous mold is Chaetomium (kay-toe MEE-yum).

It doesn’t take major external or internal flooding for a toxic mold to take hold, although that’s usually a precursor to indoor mold. Minor seeping through basement walls and minor leaking from plumbing under sinks, as well as a leaky roof, are sneaky mold culprits.

Many state health agencies are aware of toxic mold’s danger. They often have regulations requiring landlords and homeowners who sell their houses to remove everything that contains mold. The tenants or buyers are usually legally in the right to break any contractual living arrangement if action is not taken.

There are licensed mold removers that can find and remove mold. If an appraiser spots potential mold while inspecting the house, a mortgage can be stalled until it’s removed. If you live in a damp or high humidity area, make sure the house you buy is mold free before you sign the dotted line.

Removing mold is often costly because sections of housing need to be removed and replaced. Intense cleaning with lots of ventilation is done between removing and re-installing dwelling sections. Rooms that require heavy cleaning with bleach and noisy ventilators have to be vacated for a few days. But no matter the cost, it’s entirely worth it to cut the string that connects you with mold exposure.

As with many threats, mold exposure can result in either minor consequences immediately or major consequences over the long term. A health hazard creates long term debilitating disease or death within a relatively short span of time. But what does ‘exposure to mold’ really mean?

Spores can infest nasal passages or be ingested with infected food items left lying around. Once they enter the body, it’s possible for them to colonize and create a widespread fungal infection. These fungal infections are difficult to remove from your body.

Besides spores becoming airborne and breathed in daily, mycotoxins are also released into the indoor air. Mycotoxins are secondary toxic metabolites produced by the fungal mold organisms. They are similar to bacteria metabolic (feeding) byproducts, which can be more toxic than the bacteria itself. Some mycotoxins are actually far more toxic than more common toxins such as heavy metals and pesticides.

Some molds may produce several different mycotoxins. So one mold can create a myriad of unhealthy symptoms. Lung and gastrointestinal tract irritations are very common. In 2010, Fisk et al published a meta-analysis showing a substantially significant association between residential dampness and mold with respiratory infections and bronchitis. Low energy, chronic fatigue, and neurological damage may also occur.

What to Do About Mold

Because the immune system is affected by spores creating fungal infections or mycotoxins, autoimmune diseases can manifest while coping with a mold infested dwelling or “sick building”.

Coping includes filtering the indoor air while remaining in the house or building. One should be more concerned with eliminating molds and potential mold sources than coping. Symptoms can be misdiagnosed as not mold related, putting one on a medical wild goose chase that can lead to worse conditions or death.

However, if you spot what you’re certain are minor mold accumulations, you can remove them with steel wool and vinegar or bleach while wearing a mask to shield you from breathing in the spores and mycotoxins.

One response to “Is Mold in Your Home Making You Sick?”