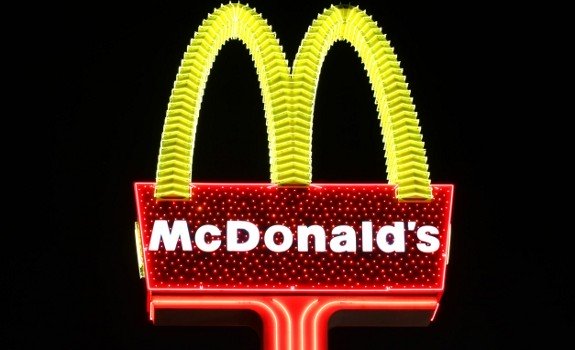 If you think the millions that fast food restaurants spent on commercials don’t have a profound effect  on our brains, you may be in for a surprise. It turns out their logos are having a serious impact on the brain—in particular, the brains of children.

According to a study from the University of Missouri-Kansas City and the University of Kansas Medical Center, children’s brains are being branded early on in life—even before they know how to read. While we can’t blame logos solely for the childhood obesity problem, there is little doubt that a the association a child’s brain makes with these logos could be having an effect on their relationship with food.

Specifically, the areas of the brain controlling rewards and appetite control “lit up” when shown the food logos, similarly to how they would if they were shown actual food.

To call this “worrisome” (as the researchers did) is putting it mildly.

“Some research finds that children identify the golden arches for McDonald’s before they know the letter M,” said Dr. Amanda Bruce.

In children, the areas of the brain governing self-control are not yet formed. When the logos of these disease promoters like McDonald’s are imprinted on the brain before self-control is developed, the results could be tragic.

The theory is the increase in risk-taking behavior in adolescence is attributed to uneven development in brain regions associated with cognitive control and emotional drive. … The brains of children are ‘imprinted’ with food logos. Without the necessary inhibitory processes to aid in decision-making, youth are particularly susceptible to making poor choices about what to eat.

There is no question that advertising and entertainment are shaping countless people’s minds – especially children. In western society, the subconscious mind of the individual is often subject to a number of heavy influences, through entertainment mediums especially. Television, movies, music, and of course, advertisements, create a profound subconscious effect on the human mind that influences and helps to dictate the choices that they will make.

With an estimated 1 in 6 United States children being obese, this is certainly concerning. Add to that the fact that many American parents underestimate the risks of an overweight child, and we have a recipe for raising another obese generation.