A necessary change for a child's health

A new study shows that hospitals have been giving out fewer infant formula discharge packs to new mothers – signaling the recognized importance of breastfeeding for newborns.

This move away from formula and toward breastfeeding is important for the normal development of newborn infants. In fact, a baby receives vital nutrition in mother’s milk which is critical for a healthy immune system. Some studies even suggest that breastfeeding can help boost a child’s intelligence. Formula has only served to short-circuit that crucial process since the Baby Boomers were first given it back in the 1950’s.

This observation by the pediatricians has been known by indigenous culture for millennia. It was only modern society which promoted the use of Formula to the detriment to billions of children around the globe. The proliferation of so many childhood diseases and increasing incidence of illnesses such as ear and respiratory infections is due in great part to this standard use of Formula.

Human milk provides virtually all the protein, sugar, and fat your baby needs to be healthy, and it also contains many substances that benefit your baby’s immune system, including antibodies, immune factors, enzymes, and white blood cells. These substances protect your baby against a wide variety of diseases and infections not only while he is breastfeeding but in some cases long after he has weaned. Formula cannot offer this protection. [2] 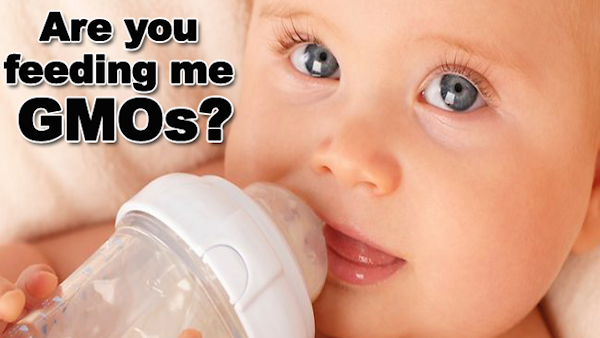 The past many years have also seen a dramatic decline in children’s health throughout the prosperous, industrialized nations of the West. In each case where mothers have joined the workforce, they have chosen the convenience of Formula (which often contain GMOs) over the time necessary to properly breastfeed their infants. This unenlightened practice has proven to be one of the most damaging to human health in world history. What could be more important than ensuring the children develop a robust and responsive immune system?

Related: How Breastfeeding Could Save 830,000 Lives Annually

If you develop a cold while breastfeeding, for example, you are likely to pass the cold germs on to your baby—but the antibodies your body produces to fight that cold also will be passed on through your milk. These antibodies will help your infant conquer the cold germs quickly and effectively and possibly avoid developing the cold altogether.

This defense against illnesses significantly decreases the chances that your breastfeeding baby will suffer from ear infections, vomiting, diarrhea, pneumonia, urinary tract infections, or certain types of spinal meningitis. [2]

There has been significant rise in allergies over the past couple of decades. Children everywhere seem to be allergic to everything under the sun, both foods and inhalants. Childhood asthma and other respiratory conditions are now rampant. Here again breastfeeding is instrumental in keeping these ailments in check when it is practiced by the mother during key months of the baby’s growth and development.

With regard to allergy prevention, there is some evidence that breastfeeding protects babies born to families with a history of allergies, compared to those babies who are fed either a standard cow’s milk based formula or a soy formula. In these “at risk” families, breastfed babies generally had a lower risk of milk allergy, atopic dermatitis (commonly known as eczema), and wheezing early in life, if they were exclusively breastfed for at least four months. It is presumed that immune components in maternal milk provide protection against these allergic diseases. [2]

A society which fails to perform the basic maternal function of breastfeeding as standard practice is doomed to fail because of the ensuing health crisis. The current healthcare crisis in the USA is a direct result of the Baby Boomers having been the first generation in American history not to be regularly breastfed.

Every mother ought to breastfed her baby; after all, that’s what breasts are for.

2 responses to “Hospitals Giving out Less Formula to Boost Breastfeeding”