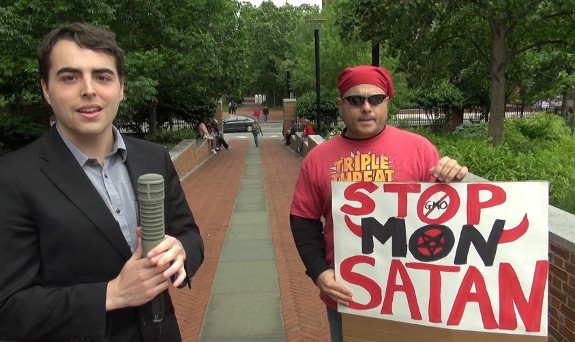 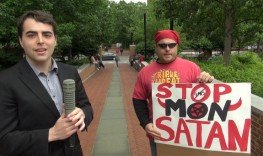 The international resistance against Monsanto and the genetic manipulation of the food supply has advanced to an all new level, with countless citizens around the world taking the fight online and partaking in the Monsanto Video Revolt grassroots movement. Though scheduled to officially take place on July 24th, we’ve seen thousands of citizens around the world upload their videos exposing Monsanto from as far away as Nigeria and Thailand.

The massive response to the campaign, which I just announced last month with my friends and alternative news titans Mike Adams of NaturalNews and Dr. Edward Group of Global Healing Center, signifies a massive shift in global  response to Monsanto’s food abominations. While for years we have been sounding the alarm and growing the number of individuals who were aware of GMOs, we now have the opportunity to make history — the right way.

It’s time now to kick Monsanto out of the food supply and dig up the corporation’s infected roots from deep within our ever-depleting soil. Now is the time to make this a reality, as we take the fight online like never before. And unlike physical demonstrations where the mainstream media can choose to ignore them despite massive turnouts, completely blasting the net with information like never before through this Monsanto Video Revolt (connect on Facebook to get the word out) will be like posting up a billboard on the front page of virtually all social media and video upload websites.

Anyone can participate with ease and in the comfort of their own home; all you need is a webcam, phone, or video camera.

In other words, we now have enough concerned citizens and activists to properly expose Monsanto on a major level like never before — and it’s time to organize this power of truth telling into one coordinated campaign.

I encourage all of you to join the Monsanto Video Revolt today and on July 24th. We will be running a livestream on the 24th documenting the videos coming in (which includes some awesome music videos and mini documentaries made by talented and creative activists just for the revolt) and much more. Be on the right side of history and kick Monsanto out of the food supply!

7 responses to “The Final Stand: Grassroots Movement Against Monsanto Explodes”