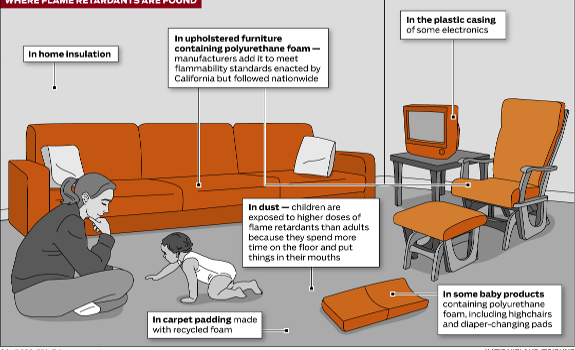 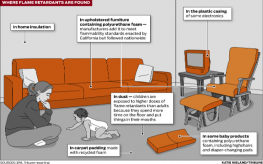 Flame retardants are found in everything from your carpeting to your couch, and though their name would suggest they have your safety in mind, these toxins have been linked to numerous negative health effects. Ironically, when they catch fire, they release more toxins which are more likely to kill someone than the flames themselves.

An investigative report from the Chicago Tribune entitled “Playing With Fire” took a long and hard look at the overabundance of flame retardants in modern society. Their report led to a documentary on HBO, Toxic Hot Seat, which highlighted the dangers of these toxins. They outlined the hidden dangers and little-known-facts about them; here are our top five:

While furniture makers will be allowed to begin producing mattresses and other products without flame retardants starting now, in 2014, they will likely make consumers pay a pretty penny for them. The chemical industry has fought this move tooth and nail and it’s likely they aren’t giving up yet.

Though it’s unlikely you can avoid all exposure to flame retardants, you can reduce the amount in your home by always looking out for carpeting, furniture, and other products containing PBDEs or polybrominated diphenyl ethers. These toxins are among the major toxic cover-ups in the US.