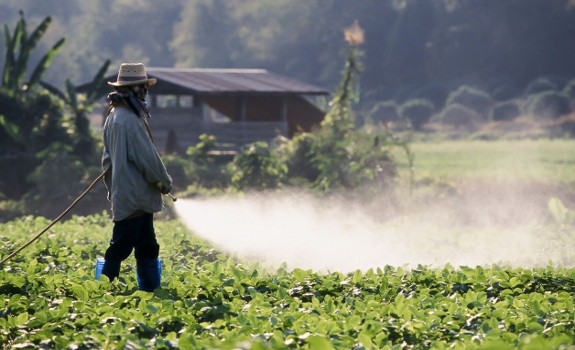 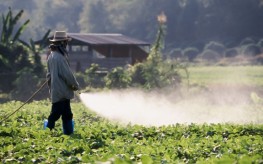 With names like the Environmental Protection Agency or the Food and Drug Administration, it would be nice to think these regulatory agencies had our best interests in mind—that they existed to help protect the people and the earth all at once. But, they are arms of the U.S. Government and they are just as easily bought and sold as your local politician. Case in point: the EPA’s recent decision to allow even more of Monsanto’s dangerous pesticide glyphosate in your food.

The new rule allowing for even greater use of this damaging ingredient would take existing limits on glyphosate and dwarf them with new, higher ones. These limits would truly only work to benefit the interests of one, and it’s not the American people, but Monsanto – the giant corporation who is making millions off of genetically modified crops and the destruction of agriculture and human health.

As GM Watch reports, the amount of allowable glyphosate in oilseed crops including flax, soybeans, and canola, would be increased from 20 parts per million (ppm) to 40 ppm—over 100,000 times the amount needed to induce breast cancer cells. But they aren’t stopping there. The EPA is also increasing limits on allowable glyphosate in food crops, from 200 ppm to 6,000 ppm.

The EPA made this announcement on May 1 and gave until July 1 for people to weigh in with objections and requests for hearings. According to Regulations.gov, where announcements like this are shared, it was done to allow you a “voice in federal decision-making”. Unfortunately, they didn’t exactly shout this decision from the rooftops, and now that July is drawing to a close and the deadline for objections is long-passed, people are finally catching wind.

Glyphosate is Monsanto’s flagship Roundup product. This is the chemical they create their seeds to resist. This is the pesticide that is being found in water, soil, and human bodies all over the world. While Monsanto would have you believe their chemically-bathed crops are safe, science would say otherwise. (Here are 7 nasty effects of pesticides).

“Negative impact on the body is insidious and manifests slowly over time as inflammation damages cellular systems throughout the body,” says one study published in a recent volume of Entropy. Researchers on this particular study demonstrated how glyphosate was the “textbook example” of “the disruption of homeostasis by environmental toxins.”

Still, the EPA would love to see you have more.