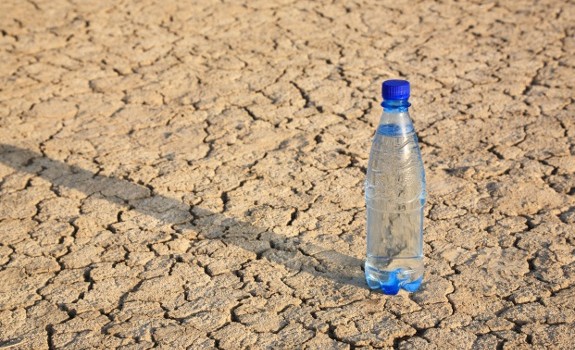 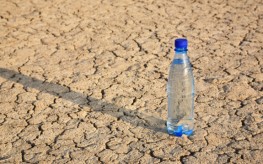 It shouldn’t be so that a single state bears the burden for feeding our entire nation, but the entire US counts on California’s water-challenged agriculture for fruit, vegetables, and wine. Whether it’s an apple, an orange, or asparagus, it mostly likely came from California. Sadly, the state is experiencing some of the worst droughts it has seen in recent history, and this cracked Earth is going to cause a ripple effect in food prices across the country.

The UK Daily Mail recently reported that food prices can be expected to rise faster than salaries for years to come. Eating out has become seven times more expensive, and putting food on the table at home is already 3.8% more expensive than it was last year. Lame stream media (CNN) is also reporting that food pricing changes what we eat. Even the use of ethanol – a GMO corn crop – pushed by Big Ag several decades ago has made food prices higher. So, when California hits a bit of dry weather, it all adds up to one big food bill . . . unless. . .

The Documentary titled “Dirt!” explains how our water and soil has been demolished by industrial practices, and even how the Dust Bowl of the 1930s was caused by Big Ag monocropping. California’s current situation isn’t a new phenomenon to the United States. It is this greed-based history of agriculture, along with strange weather that is contributing to these issues. I won’t even elaborate on the fact that the drought there has resulted in an oil drilling boom. That’s for another article.

If you take a gander at the California Department of Food and Agriculture’s export numbers to other states (and even other countries), it can be shocking. The state supplies us with:

While not every state has California’s sun and temperate growing season, they surely could contribute more if our agriculture were not overgrown with Monsanto and Cargill lackeys. Furthermore, the state has long practiced irresponsible water-irrigation practices that they are only just now addressing. Water catchments and other water conservation measures should have been in place long ago. The rest of us could stand to look at the freakish weather there and plan accordingly in our own backyards.

Some states are doing just that. Even rust belt states like Ohio are utilizing abandoned land to grow food and conserve water for food production. A new study from Ohio State researchers shows that people in Cleveland are already spending $1.5 million on fruits and vegetables grown within their own city. The city of Albuquerque, New Mexico has its own rainwater harvesting publication, touting rain water as mana from heaven.

Furthermore, many individuals are starting to grow their own food in small, personal or community gardens. Even people who have never gardened in their lives are looking for ways to grow healthy, organic, inexpensive food. It isn’t just the California drought pushing people to garden, either. A report in The New York Times suggests the depressed economy is inspiring a vegetable-gardening resurgence.

Let’s hope that a solution can be found so that our food can thrive and prices can be reduced.