Calamus Root – The Natural Remedy to Kick a Smoking Habit 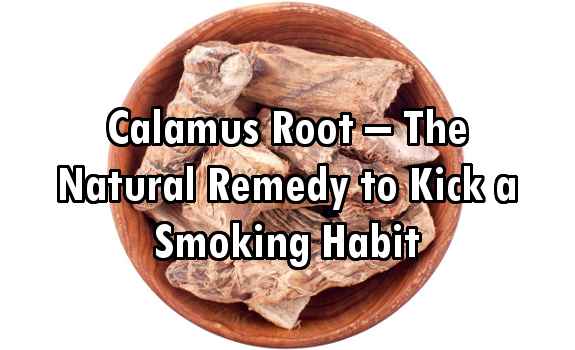 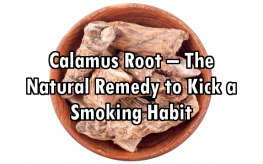 A root which grows all over the world, though a hearty crop in parts of India and Burma particularly, calamus root has been used for centuries as a natural medicine. It likes ‘wet feet’ and tends to grow in swampy areas, or near ponds, rivers, etc. Ayurvedic medicine has pointed to calamus, or Acorus Calamus, for centuries to be utilized for everything from digestive disorders to brain and nervous system conditions, but one of its most interesting uses is as a natural remedy to kick the smocking habit.

Calamus root tends to calm the nervous system, and just by chewing on a piece of the root, it can take the edge off of cigarette cravings so that it is easier to stop smoking. Calamus asserts tranquilizing and sedative properties on the body. It, and other herbs, may be able to be used in place of patches or pharmaceuticals to stop smoking. Another popular anti-smoking herb, Lobelia, (sometimes called Indian tobacco) has been used by herbalists to help get smokers off cigarettes and heal their lungs. Not necessarily by smoking it, but dispensed as tinctures, tablets, or “vaped” (inhaled through a vaporizer).

This herb has numerous traditional uses aside from helping one to quite smoking. It eliminates phlegm, clears congestion, and tranquilizes the mind. Additional traditional uses include: amnesia, heart palpitations, insomnia, tinnitus, chronic bronchitis, and bronchial asthma.

You can also steep the leaves and roots to make a tea, which have a calming effect on the mind and helps to quell anxiousness. It comes in many varieties, and according to the King’s American Dispensatory, an authoritative book on herbology, “Persian and East Indian calamus is said to be of better quality than that of other parts of the world”.

It’s a little bitter to taste due to its volatile oils, but if it stops a habit that can rob you of an entire decade or more of your lifespan, its probably worth enduring the taste. Smoking is responsible for numerous life-threatening diseases, such as cancer, long-term (chronic) respiratory diseases, and heart disease, as well as premature death – only a few of many effects of smoking. Despite this, millions of Americans still smoke, often unable to quit since the additives in cigarettes make them highly addictive.

Simply chewing on a small piece of this natural herb with multiple healing qualities can help kick the smoking habit for good.