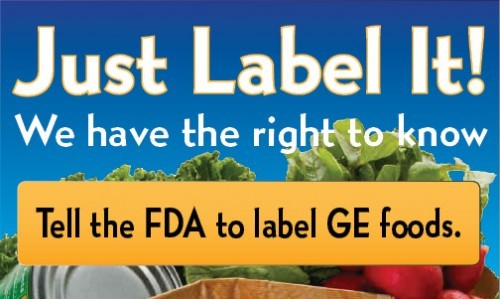 Thanks to multi-million dollar smear campaigns funded by Monsanto, Coke, Pepsi and Nestle, for example, Proposition 522 currently before Washington to label GMOs is down to the wire. These companies aim to confuse the public and sway our voting representatives. GMO advocates are maintaining a marginal lead of 46% (against 42%, with 12% of voters undecided) in a similar show down reminiscent of the opposition’s deceitful campaign in California when Prop 37 was up for a vote.

Though the general public has made it very clear we want labeling of all GMO foods, these companies continue to protect their personal interests instead of public health. They do their dirty work under the guise of a ‘Defense of Brands Strategic Account’ set up under something called the Grocery Manufacturer’s Association. Only at an attorney’s urging has the public been made aware of a $17 million-dollar campaign to try to keep the labeling bill from being passed. It list was only published last Friday on a state Public Disclosure Commission website which is hard to trudge through.

The who’s who of American food companies heads the list of companies trying to stop GMO labeling and Big Ag accountability with their deep pockets. Here is how the money trail shows the true interests of these companies. It certainly isn’t in protecting our health and welfare.

You can make sure these mega-companies don’t win by calling the representatives in Washington currently voting either for or against this bill, and those who represent you in your own state. Email them, post Facebook messages, Tweet, and re-post this article. We can’t let Big Ag and Big Chemical win!