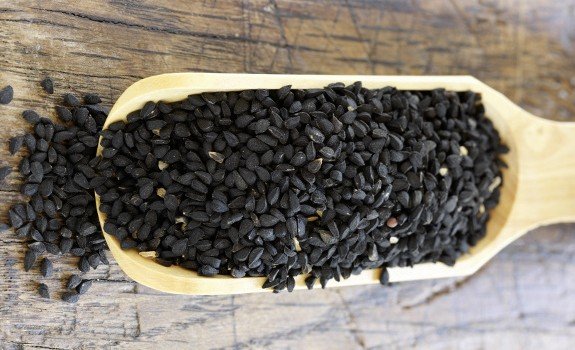 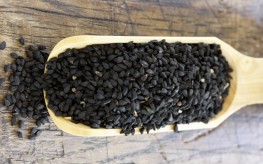 Black seed (Nigella sativa) has been used as a healer for ages. Its history is largely unknown, but it seems the seed was found in ancient Egyptian archaeological sites including King Tutankhamun’s tomb. In the Middle East, it’s been a folk medicine for a variety of ailments as well as a spice for foods. Now, science is catching up with the positive effects of Black seed and we’re learning just how powerful it is. Two recent reports, for example, show how black seed can benefit woman in particular.

One of those two studies, found in BMC Complementary and Alternative Medicine, found that black seed was able to reverse the bone loss and skeletal changes in mice whose ovaries had been surgically removed.

The researchers concluded nigella sativa could be a safe and effective alternative to conventional anti-osteoporosis treatments. They attribute these effects to the spice’s high antioxidant concentration, high levels of unsaturated fats, and anti-inflammatory properties.

Bone changes are common in older women, particularly after the hormonal changes that accompany menopause. The primary downfall? The study was conducted using mice.

The second notable study, “Protective Effects of Nigella sativa on Metabolic Syndrome in Menopausal Women,” published in Advanced Pharmaceutical Bulletin, found women on a regular supplementation of black seed saw a variety of benefits that are associated with a reduction in risk of metabolic syndrome.

The post-menopausal women (ages 45 to 60) were separated into two groups, with one group taking 1,000 mg capsules of black seed powder daily after breakfast. After a period of two months, the black seed group experienced lowered total cholesterol, lower triglycerides, lowered blood glucose, and improvements in both LDL and HDL cholesterol levels.

“These results suggested that treatment with N. sativa exert a protective effect by improving lipid profile and blood glucose which are in higher risk to be elevated during menopausal period,” the researchers concluded.

While spices and foods have been used for healing since the beginning of time, it’s nice when science finally catches up and substantiates what’s been known all along.