The Fiery Benefits of Hot Peppers and Capsaicin 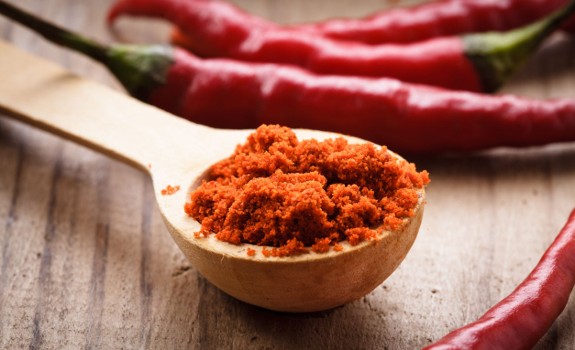 Some people love spicy foods; they sprinkle hot sauce on everything and add a dash of cayenne in nearly all of their cooking. While others steer clear of any bit of spice in their food, spicy food lovers like a bit of a zing in every meal. Fortunately, all the sweating and water-drinking that these pepper lovers do may be having a multitude of positive effects.

Capsaicin in the active component in hot peppers. It’s what makes them hot; the hotter the pepper, the greater the concentration of this substance. So, peppers like jalepenos and the super-fiery scotch bonnets or habeneros have way more capsaicin than a bell pepper, for instance. And it’s these peppers and their capsaicin content that could deliver a wealth of health benefits.

Out of the many potential benefits of capsaicin, several studies have linked capsaicin with weight loss assistance the most. From increasing the rate at which the body burns fat to decreasing appetite, there are several ways hot peppers could help you trim your waistline.

Researchers with Purdue University found similar results in people when they found that sprinkling ground cayenne (rich in capsaicin) on your foods could increase calorie-burn and decrease appetite. The results were particularly pronounced in people who didn’t normally eat spicy foods.

But weight management isn’t the only benefit of this fiery compound. It may even be a valuable tool in the fight against cancer. One study reported on the ability of capsaicin to target mitochondria (cells’ energy-makers) in cancer cells, triggering their death. Both in tissues of lung cancer and pancreatic cancers, the pepper-extracts showed promise. Another study showcasing the substance’s cancer-fighting ability concluded with “In summary, our data suggests that capsaicin, or a related analogue, may have a role in the management of prostate cancer”.

Dr. Daniel Zagst, in writing for NaturalNews, adds that capsaicin is an effective pain killer. When capsaicin is ingested or applied topically, it burns because nerves release something called Substance P, sending it to the brain to register as pain. By depleting the amount of Substance P overall, Zagst says, it can decrease pain associated with arthritis, sore muscles, and even nerve damage. (Though it may hurt your tongue and mouth a bit!)

Hot peppers are easy enough to add to a Mexican or Indian dish. But you can also sprinkle some cayenne powder or crushed red peppers on everything from pizza, to crudités and eggs.