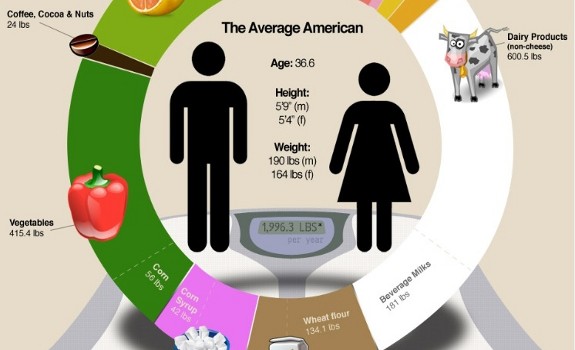 Unfortunately, Americans have some of the worst diets in the world, and everyone else knows it. With the average American consuming 24 lbs of artificial sweeteners, 29 lbs of french fries, and over 600 lbs of dairy per year, Americans are in a state of crisis. The average American diet is heavily responsible for the escalating obesity rates and is ultimately contributing to the development of illness and diseases.

According to the below infographic, the average American consumes about 1 gallon of soda per week, which equates to more than 18 fluid ounces, or 1.5 sodas per day. These sodas are loaded with sugar, with a 12oz can containing 35-45 grams – an amount that exceeds the recommended daily intake of ~15 grams. What’s more, these sugars are typically in the form of high-fructose corn syrup, one of the cheapest, and most health-hazardous forms of sugar that can be used.

Another concerning number in the average American diet is the amount of artificial sweeteners consumed; this includes substances like aspartame, Splenda, Sweet N’ Low, and Equal. None of these artificial sweeteners are healthful, and are even having a negative impact on your health. The worst part? You may be consuming these sweeteners every single day without even realizing it.

Needless to say, there are many more problems associated with the average American diet. While consumption of food shown in weight (as the inforgraphic shows) isn’t the absolute best way to pinpoint the issues with any diet, the numbers do give us a representation and idea of how much we’re eating. If you want to compare generalizations between nations around the world, take a look at what the world eats – it’s great to have a visual concept.

Check out the infographic below for some startling statistics on the average American diet. (Click to enlarge). 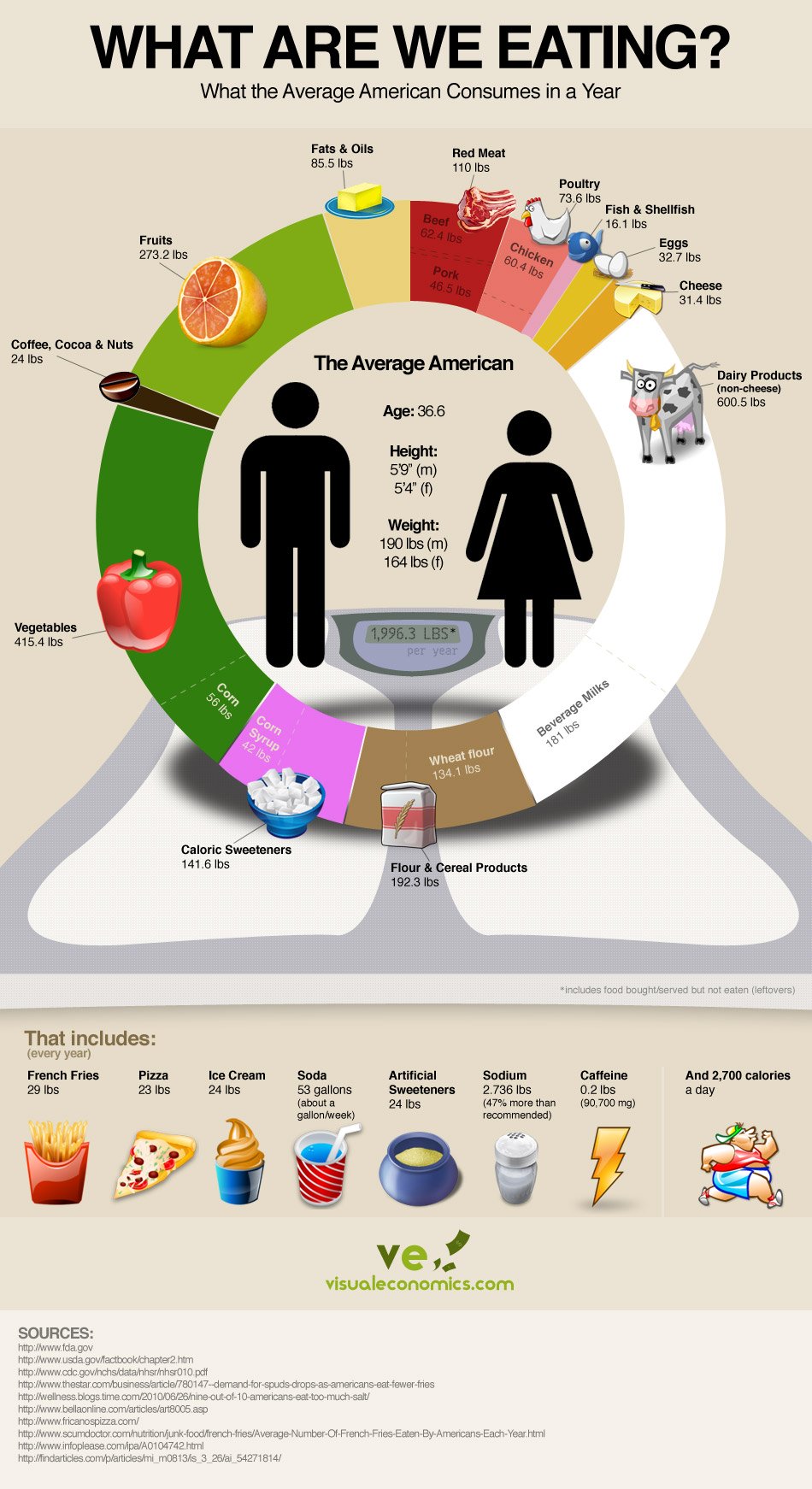