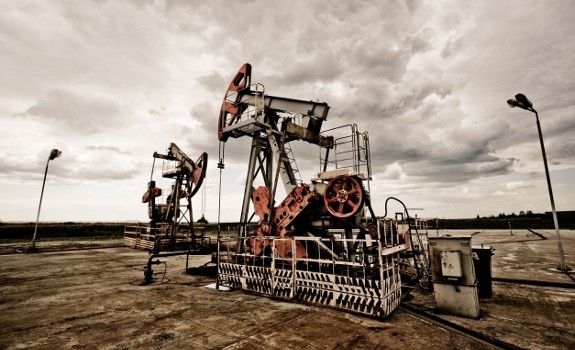 We know fracking isn’t exactly the safest of practices. We’ve heard of its propensity to pollute our air and drinking water and thereby raise human health concerns. The media, however, isn’t talking about the massive sinkholes pockmarking the nation, the radiation leaks, and other lesser known but no less earth-shattering effects of fracking.

Here are 5 other consequences of fracking you may not have heard of until now.

Fracking is the act of pumping water and chemicals underground in order to facilitate the flow of oil or gas.

It’s not terribly hard for a giant corporation like Shell or Chesapeake Energy Corporation to start fracking wherever the company pleases (check out the next factoid for more on that). Regulators don’t even require drilling companies to search the area for abandoned wells. This is why unplugged, forgotten wells—like Butters well in Pennsylvania’s Tioga County, drilled in 1932 —literally burst with gas when drilling displaces underground pockets of methane. As it turns out, Shell knew about Butters well—just not if it was plugged.

Abandoned wells aren’t the only ways disrupted gas escapes. Cracks in the ground can also emit this highly flammable gas.

One Chesapeake employee was recorded saying, “If properties don’t want to sign, if we have 90 percent secured of the well that we need, we have the power to put these people in the lease without their permission.  …  We can do whatever we want.”

Chesapeake and other drilling corporations are eager to spend billions to snag drilling rights. They do the math and it’s no wonder states follow suit.

“In its petition, Chesapeake told regulators its proposed drilling unit could produce 4.5 million barrels of oil and 3.5 billion cubic feet and natural gas—if the plots of the 49 land owners who didn’t lease their property to Chesapeake were included. If not, Chesapeake said, the unit would be 75 percent less productive and would miss out on an additional $71 million in revenue, according to its application. That math carried the day.”

If water is contaminated, so too will be crops…and livestock. Despite the compensation given to farmers for leasing their land to fracking companies, dairy farmers may be doing themselves a considerable disfavor. According to university researchers, milk production decreased by 19 percent in Pennsylvania’s counties with 150 or more Marcellus Shale wells compared to a 1.2 percent decrease in counties with no wells.

Simon Salinas, a member of Monterey County’s Board of Supervisors, says in response to Venoco’s prospective drilling in the vineyard-rich county, “Anything that can taint our water and food supply could be devastating to our economy.” It doesn’t help that Monterey already competes with Napa and Sonoma wine, and proximity to fracking activity would do nothing for the region’s marketability.

One winery in Brooklyn, NY, even hosted an anti-fracking benefit. “Many of our wine bar’s seasonal menu items include ingredients grown on upstate farms,” the winery’s web site read.

Not even the all-American burger (grassfed or not) is sacred from the dangers of fracking. Fracking fluid consumption killed 16 cows in Louisiana, and hundreds of others raised near fracking sites are being reported affected. When 28 beef cattle in Pennsylvania were exposed to fracking fluid recently, 8 of 11 calves birthed thereafter were stillborn.

Many doctors are protesting fracking, and direct contamination via the air and water mustn’t be the only considered contributors to fracking-related cancers. We are what we eat, after all, and fracking as of yet seems to be little more than just another inventive way to slowly poison the earth and ourselves. The greater problem lying in energy consumption, however, will make resolution difficult.

Where do you stand?