The Netherlands Says NO to Glyphosate, Monsanto’s RoundUp Herbicide 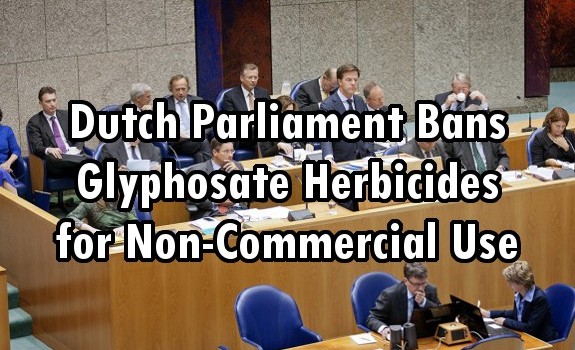 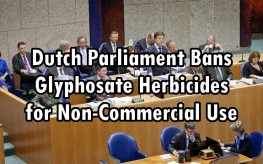 First Russia, Tasmania, and Mexico say no to Monsanto and now, the Netherlands have passed a similar measure which would reduce the non-commercial use of glyphosate to protect the general public from toxic herbicides.

Starting from the end of 2015, the sale of glyphosate-based herbicides to private parties will be prohibited due to a recent decision by the Dutch Parliament. People who spray RoundUp on their gardens and lawns will have to find another form of pest control since glyphosate, the main ingredient in RoundUp, has been linked to cancer, infertility, birth defects, nervous system damage, and kidney disease.

Several years ago, the Dutch Lower House wanted to ban glyphosate aside from agricultural use (it is unclear why they wouldn’t want to ban it altogether, aside from Monsanto’s influence). Now, they have decided to reduce the use of the toxic chemical with parliamentary approval. This is due, in part, to the Dutch cabinet making all sorts of exceptions to the requested ban that was then proposed.

The Party for Animals motion has been adopted by the cabinet, making it increasingly difficult for them to ignore environmental issues, like the heavy use of glyohosate. Political parties PvdA, CU, 50+, GroenLinks, SP, and PVV support the motion by Esther Ouwehand – one of the two Members of Parliament for the Party for the Animals – which she has submitted together with Gerard Schouw (D66).

Citizens of the Netherlands have been expressing their concern over glyphosate chemicals at Gifkikker.nl, a notification centre launched last April by the Party for the Animals and a foundation called Bollenboos. The Dutch Health Council praised this initiative, because until this forum was set up, communities had no formal body to express their concerns to.

Hopefully, the Dutch government is more transparent than our own. Millions have expressed their desire to get rid of (or at least label) GMOs in the US, but the FDA, USDA, and President do absolutely nothing. Michelle Obama even completely ignored the issue in a recent discussion on the new FDA food label changes. You can sign a petition here, to tell her that you want GMOs labeled.

The Netherlands are adding their name to what will soon be a long list of countries that are saying ‘NO’ to Monsanto.

7 responses to “The Netherlands Says NO to Glyphosate, Monsanto’s RoundUp Herbicide”