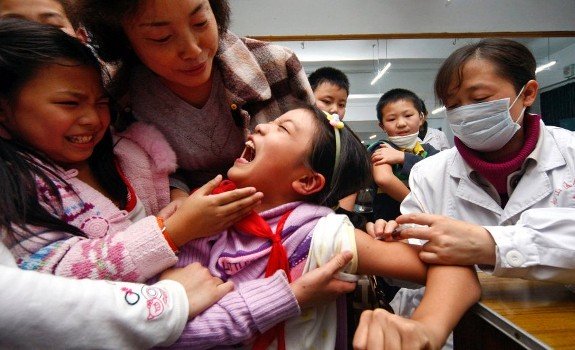 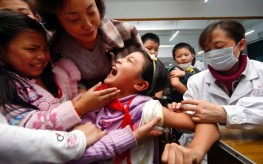 (NaturalSociety) During the 2009 global influenza pandemic, millions upon millions were vaccinated for a so-called ‘swine-flu’, but a joint investigation by the British Medical Journal (BMJ) and the Bureau of Investigative Journalism (BIJ) has uncovered some serious conflicts of interest between the World Health Organization (WHO), who proposed such heavy vaccinations, and the pharmaceutical companies which created them.


The joint-investigation’s report explains that the WHO profited immensely from the scare tactics they utilized to promote the use of a swine flu vaccine. Creating mass hytsteria was the WHO’s emergency advisory committee’s goal. The advisory panel was choked with individuals highly connected to the pharmaceutical companies with vested interests in both antiviral and influenza vaccines.

An over $4 billion stake was invested in developing these vaccines, and without a pandemic there would be no use for them. Utilizing propaganda and fear, the drugs were pushed on unsuspecting people, and the money was made.

A German magazine has in fact called the swine flu a total sham. The WHO told the world that up to 7 million people could die without the vaccines they were pushing. They are considered a trustworthy organization by many, so governments everywhere, including our own, helped to push the swine flu ‘remedy.’

A commentator on the report responds that many of these ‘advisors’ were also kept secret from public knowledge:

“Key scientists advising the World Health Organization on planning for an influenza pandemic had done paid work for pharmaceutical firms that stood to gain from the guidance they were preparing. These conflicts of interest have never been publicly disclosed by WHO, and WHO has dismissed inquiries into its handling of the A/H1N1 pandemic as ‘conspiracy theories.’”

Due to this secret advisory boards’ urging, governments purchased huge stockpiles of vaccines, many of which were never even used. Antiviral drugs like oseltamivir (Tamiflu) and zanamivir (Relenza), and vaccines like Pandemrix were purachased by the boatload making massive profits for Big Pharma companies.

Many of these drugs had never even been proven to work and were definitely not proven to be safe. The FDA has only flimsy data that oseltamivir and zanamivir are ‘safe’, though they have been in use since the 1990s. The FDA even opposed the initial submission of the drug zanamivir, manufactured by GlaxoSmithKline, stating that the safety of the drug and support for its use was severely lacking. The agency later changed its mind.

Fortunately, the propganada didn’t work as well as they thought it would, with many people having rejected the vaccines – which means millions in tax-payer funded drugs, most of which are either ineffective or simply unsafe, are sitting in government coffers somewhere collecting dust. They will soon expire in warehouses all around the globe. The full report of the joint investigation can be read here.