World Bank President: “One Shock Away From Crisis” 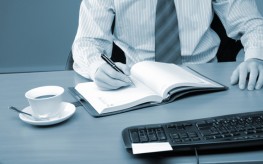 The world economy is ‘one shock away from a major crisis’. These were the words of World Bank President Robert Zoellick, raising his concerns over increasing food prices, as well as the instability in North Africa and Middle East.

Can the World Survive One More Blow?

Zoellick cited the steady increase in commodity and food prices and said that world economies may be unable to sustain one more blow, and hence the global economy was a shock away from a crisis.

Zoellick was quoted by the BBC as pointing out a recent world development report by the World Bank that highlighted the need for citizen security, jobs and justice.

The report showed that economic development and growth alone could not bring stability to developing nations. The need for eliminating corruption and pursuing human rights and individual dignity is one of the important things highlighted.

An author of the report, Sarah Cliffe said that inequality, high unemployment, combined with corruption, human rights abuse, and problems of accountability and weaknesses in state capacity, would create higher risk of violence and conflict. The largest threat to nations that are developing however, according to the World Bank, is the steady rise in food prices. The Tunisian unrest for instance, had persistent high prices of staples as a catalyst.

While the IMF and World Bank Development Committee realize that the global economy is strengthening, largely because of the growth of developing countries, other sectors are ‘overheating,’ such as energy and food. This has resulted in volatility and price pressures and therefore vulnerable populations are at risk.

Finance chiefs of G20 pledged monetary support to new governments in North Africa and Middle East, during the last meeting of the powerful nations. Zoellick also called for the strong nations to support the reforms planned in the unstable regions.

Be Prepared: 6 Foods to Store Forever

The call is to Western countries to invest monetary resources that will help to stabilize these volatile regions in particular, given the structural unemployment in the areas. Zoellick said that there might be a lost generation if nothing is done. He said that prevention is indeed better than cure and that was a lesson that the financial crisis had taught and should not be forgotten.