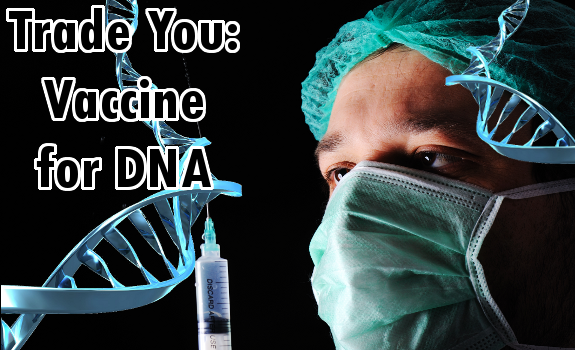 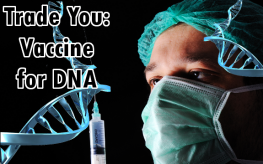 (NaturalSociety) The White House has officially admitted to an incredibly nefarious campaign – faking vaccination programs across the country while covertly stealing your DNA. This illegal, immoral, and insane scheme was concocted to profile terrorists as part of our war against the Middle East. These terrorists would then be hunted down with DNA samples and executed.

“In the months before Osama bin Laden was killed, the Central Intelligence Agency ran a phony vaccination program in Abbottabad, Pakistan, as a ruse to obtain DNA evidence from members of Bin Laden’s family thought to be holed up in an expansive compound there.”

The CIA recruited a “senior Pakistani doctor to organize the vaccine drive in Abbottabad, even starting the “project” in a poorer part of town to make it look more authentic.”

This project reveals that the U.S. government, only under a forced admission, denied ‘public health’ in order to secretly and illegally assassinate one person.

Millions of people, possibly, were subject to this scheme. It was likely carried out by nurses being trained to draw a small amount of blood after administering a vaccination.

After being found out, the White House says it won’t gather DNA anymore through fake vaccination programs. But like the NSA spying, and dozens of other infractions on our rights as citizens, we should believe this?

“According to Yahoo News, White House anti-terrorism advisor Lisa Monaco has now relayed this new claim to the deans of 13 public health schools in the United States. She reportedly added, “the agency will not seek to obtain or exploit DNA or other genetic material acquired through such programs,” once again confirming the CIA had been using fake vaccination programs to acquire DNA samples in order to track down human targets for termination.”

They must assume we are all lemmings, running to the edge of the cliff. We’re that gullible. Now, the White House is concerned that people in the Middle East will no longer get vaccines, and you can imagine those here in the US are already wary of the questionable ingredients in them. You can imagine what the AMA and entire medical establishment must be thinking right now – those conspiracy theorists were freaking right!

If the US will collect our DNA without our knowledge, what’s to keep them from inserting a disease into a vaccine meant to eradicate one? Oh, wait, that has already happened.

“98 million Americans were found to have been injected with polio vaccines contaminated with cancer-causing viruses. In order to make sure no one learned about this deadly vaccine snafu, the CDC quietly removed all accounts of this history from its website.”

Since we already know the NSA is spying on us all, it would make complete sense that the US government is collecting a DNA bank on all citizens as well. It isn’t just to help law enforcement officials, but to control the masses. In a gross abuse of power, police have even set up DNA check-points:

“Police officials have maintained that the search was only meant to poll drivers on their habits behind the wheel and that the DNA collection was intended to detect prescription drug use. That explanation has failed to satisfy many, with Mr. Nieves complaining that he had to refuse several times before he was released.”

Over 60 US cities have also set up DNA harvesting sites where drivers are stopped at roadblocks and coerced into giving DNA samples, but, “how voluntary is it when you have a police officer in uniform flagging you down?”

What country is this we live in? We are in a prison from ‘sea to shining sea.’