‘No Welfare for Weed’ Bill Passes U.S. House: No Weed for the Poor 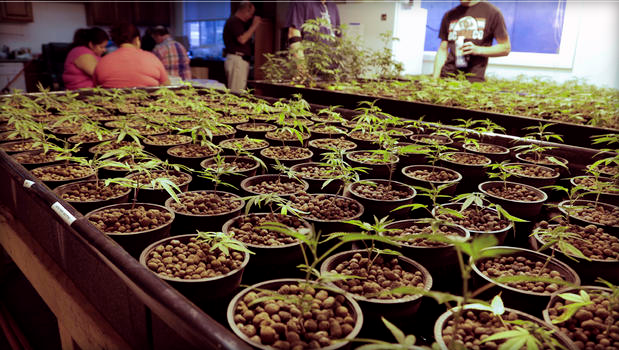 Should the less financially-able be allowed to get free medical marijuana? A new bill says: nope! Supporters of the federal law have called it the ‘no welfare for weed’ bill, and this past Tuesday it passed the House of Representatives in the U.S., making it harder for people to use government welfare and to buy marijuana in states where the drug is legal.

While this law is understandable at first glance, since those on government ‘cheese’ shouldn’t be sitting around getting high – a cliché’ in many non-smokers minds – it also rules out the use of medical marijuana for individuals who sincerely need it, like those with Multiple Sclerosis, cancer, or even autism. Cannabis has been shown to help with all of these ailments, as well as other medical conditions.

The ‘no welfare for weed’ bill would keep people from using government issued welfare debit cards at stores that sell marijuana, prohibiting people from withdrawing cash from those stores.

While this is not that dissimilar to the current law, which disallows welfare debit cards for purchasing liquor or using them at casinos and strip clubs, medical marijuana should not be in the same category, and the law doesn’t distinguish recreational from medicinal use regardless of the state’s legality regarding the substance.

Rep. Dave Reichert, R-Wash., is the main sponsor of the bill. He infers that it is a logical extension of the existing law now that Washington State and Colorado have legalized marijuana for recreational use.

“The fact that some people are using welfare for weed is outrageous,” Reichert said in a statement. “While some may decide to spend their own money on drugs, we’re not going to give them a taxpayer subsidy to do it.”

Oddly, though, representatives see nothing wrong with pharmaceutical companies generously giving to members of the Senate and Congress. What’s more, pharmaceutical meds are often subsidized quite heavily through medicare and other programs.

The House passed the bill on a voice vote, which does not require lawmakers to cast a recorded vote.

The bill would also limit the ability of marijuana users – recreational or not – to use their benefits for weed, simply due to the fact that someone could still use their benefits to get cash from an ATM machine and then go to a dispensary to purchase marijuana.

Rep. Lloyd Doggett, D-Texas, said he supported the bill. But he complained that it “does nothing to address the tattered safety net.”

Why not prevent people from using benefit cards at massage parlors and Cadillac dealerships? Doggett said. “Just blame the poor for being poor.”

Currently, approximately 3.6 million families receive cash benefits under the Temporary Assistance for Needy Families program (TANF), according to the Health and Human Services Department. That comprises about 45,000 in Colorado and about 99,000 in Washington state, both having legalized marijuana.

Sen. Jeff Sessions, R-Ala., was the representative to raise the issue last April, inquiring if cash payments to individuals could not be stopped at stores that sold weed.

HHS Secretary Sylvia Mathews Burwell retorted in July that HHS has no authority to prevent the use of benefit cards at stores that sell marijuana.

Sessions has promised to introduce a Senate bill similar to the House legislation. The bill is unlikely to reach President Barack Obama’s desk this year, however, since Congress members are eager to break for vacation.

3 responses to “‘No Welfare for Weed’ Bill Passes U.S. House: No Weed for the Poor”