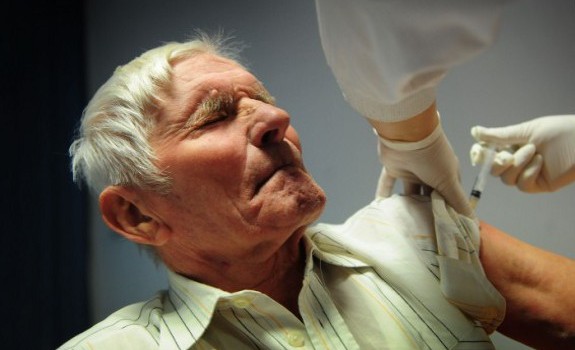 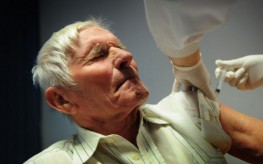 A vaccine for this, a vaccine for that – vaccines all around! If it isn’t a pharmaceutical drug, Western medicine seems to find a vaccine for everything. A possible ‘cure’ for Alzheimer’s disease is being offered in as little as five years if all 14,000,000-plus of the people who currently suffer from the disease (and oh, yes, their family members too) just subject themselves to a vaccine.

A Little Info on Alzheimer’s

According to BrightFocus Foundation, more than 500,000 people will be diagnosed with Alzheimer’s this year just in the U.S. Annual prescription drug costs for people with Alzheimer’s are estimated at $3,000, three times the median cost for an average Medicare beneficiary, and this does not include the costs of mental health and memory care, hospice care, and other exorbitant costs which accompany the progression of the disease.

Full time care in a memory center for patients who can no longer feed themselves, use the bathroom for themselves, or walk on their own can cost upwards of $5000 a month. If 14 million people are already diagnosed with Alzheimer’s in the US and more than 500,000 people are going to be added to that list annually, you can easily surmise that this disease is the new ‘cancer’ of the pharmaceutical cartel.

With drug sales alone, this amounts to an excess of $42 billion annually for companies like Biogen and over 30 other Big Pharma companies. Soon, Alzheimer’s is projected to be a $3 trillion dollar annual expense to the healthcare system – but an easy trip to the bank for Big Pharma.

But will this new vaccine be like one of the many previous inventions in labs that has caused people to die, or suffer reproductive failure such as in the case of the HPV vaccine, or the famous Gates Polio vaccines that are responsible for causing thousands of deaths in Africa?

The Real Dangers of Many Big Pharma Solutions

As with other FDA-approved drugs, the companies who make these pharmaceuticals get away with murder, too. Four months before a best-selling Alzheimer’s drug was set to lose its patent protection, its makers received approval for a higher dosage that extended their exclusive right to sell the drug. But the higher dosage caused potentially dangerous side effects and worked only slightly better than the existing drugs. The drug was essentially useless for Alzheimer’s patients and even damaging, yet received a patent.

We all know patents are how Big Pharma makes its billions selling poison to the masses. Simple treatments that can’t be patented are never disclosed and are certainly not promoted by institutions like the Alzheimer’s Association (AA), who like the Susan G. Komen Foundation, begs for donations to ‘cure’ cancer while being in bed with Big Pharma companies. All AA does is talk about their concerns about non-FDA approved poison.

The ‘new’ Alzheimer’s vaccine is supposed to target amyloid plaques that form in the brain of patients, causing cognitive degeneration. Amyloid Precursor Protein or APP is often linked to those with Alzheimer’s Disease, being named as a cause – but what causes APP build up?

What Could Really Cause Alzheimer’s?

Build-up of a protein called beta-amyloid can be caused by 3 simple things – lack of sleep, stress, and environmental toxicity.

Adverse stress interrupts sleep patterns, and for people like my mother who was an on-call NICU nurse who worked nights, sometimes two twelve hour shifts in a row for years, sleep deprivation was an ongoing job requirement. In an article published in Neuromolecular Medicine, it is clearly shown how sleep deprived and highly stressed individuals show greater amyloid plaque build-up, oxidative stress, and neural network deterioration through AD pathogenesis.

“Chronic stresses such as loss of a spouse or sleep deprivation, may cause memory impairments and increase susceptibility to AD. The occurrence of a major stressful event seems to lower the age of onset of familial AD (Mejia et al., 2003). People vary greatly in their response to stressful events, and those most vulnerable to adverse outcomes exhibit a trait that can be described as negative affectivity, neuroticism or distress proneness.” (Watson and Clark, 1984; Lockenhoff et al., 2009; Weiss et al., 2009

When you add the simple lack of sleep and high stress to a body that is already neurotoxic due to environmental toxins such as BPAs, chemtrails, and flu vaccines, then you have a perfect storm for the disease to develop. Flu vaccines contain:

Controversial Bisphenol A, commonly found in hard plastic food and drink containers, impairs the brain’s ability to learn and remember, according to a study conducted by researchers at the University of Guelph and Yale University.

“It dramatically impairs the formation of synapses in the regions of the brain important to learning,” said biomedical science professor Neil MacLusky. “These findings are worrisome because BPA is one of the most widely-used chemicals in the world.”

As usual, modern medicine, and the institutions that prop them up, fail to look at the true causes of neurological decline in our country, completely ignoring the obvious contributors to diseases like Alzheimer’s. Instead, they focus on making another dangerous vaccine, promising the millions currently suffering from the disease a ‘cure,’ which we know will never come.

If you know a loved one suffering from this horrid disease, educate yourself and your family on the true causes, and the natural solutions like coconut oil. Shun the misinformation circulated by the drug companies.