A Vaccine for Stress? Vaccine Madness is Rampant 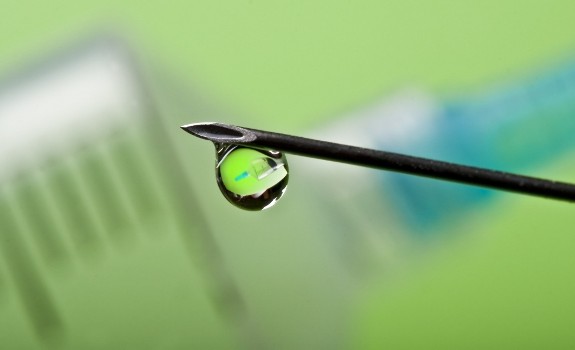 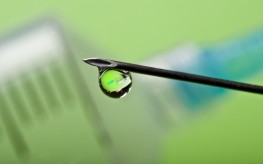 What inspires a mainstream medical researcher or MD to develop a vaccine? Saving mankind from disease? Probably not – but maybe for some. I’s more likely the inspiration comes from a steady stream of royalty money and no liability for vaccine damages.

Once a patent is issued and the vaccine hits the market, the producer gets sales revenue, but the creator gets royalties from those sales. Just about any Big Pharma drug can eventually be fined by government agencies or sued for damages by consumers or class actions suits.

But the National Vaccine Injury Compensation Program (VICP) aka the Vaccine Court, offers settlements for vaccine damages from a combination of funds collected by purchaser surcharge taxes on vaccines and federal funds to compensate those who manage to have their cases approved. Thus the vaccine industry is exempt from financial liability.

An Example of Vaccine Development Madness

Neuroscientist Robert Sapolsky spent some time in the African wild circa 1980 amongst a baboon population, whose hierarchical behavior was viciously unpredictable, making life uncertain for the ones dependent on alpha baboons. Sapolsky observed that many of the baboons dependent on alpha rascals appeared thin and unhealthy.

Sapolsky used tranquilizer darts on them to be able to draw blood, and measure their fight or flight hormone blood levels. Sure enough, they were high. More importantly, blood analysis showed a direct link with other markers of a damaged immune system and bad health.

At the time of Sapolsky’s baboon research, circa 1980, mainstream medicine didn’t consider stress an important factor for bad health. He helped bring more awareness to stress, especially chronic stress, as a factor for all disease. That was a good thing.

But his vaccine solution, mired in the AMA-Big Pharma paradigm, is only a good thing for his and Big Pharma’s bottom line.

Sapolsky and his research team focused on a way to circumvent glucosteroid hormones that create stress. He and his colleagues at Stanford University bio-engineered a herpes virus, ostensibly eliminating its dangers while supposedly preserving the virus’s inherent neuro-protective genes. This is aimed toward artificially meddling with the endocrine system, which can be hazardous to your health.

Perhaps Sapolsky’s intentions are good. He has lectured on the health problems from stress often, and we do live in a world of uncertainty that’s conducive to creating chronic stress.

But resorting to a vaccine only creates more dangers. This bio-engineered virus combined with all that’s necessary to preserve and boost a vaccine creates a dangerously unpredictable cocktail for injecting directly into the bloodstream. Hopefully, Sapolsky’s project has fizzled out. There’s no new information on it since 2012.

There are a few ancient Asian techniques such as hatha yoga, tai-chi, meditation, and even western exercise that not only alleviate stress, but also help one to evolve beyond being easily stressed. And there are several herbs and herbal teas such as chamomile tea. Here are 5 other ways to stress-proof your diet.

Aldous Huxley posited a population medicated with psychotropic drugs and easily controlled with minimal force, which is what a stress vaccine would contribute toward along with pharmaceutical psychiatry’s enhanced power from Obamacare.

That’s a Big Brother synergy we need to avoid. Learn how to handle stress without pharmaceutical interventions.

2 responses to “A Vaccine for Stress? Vaccine Madness is Rampant”