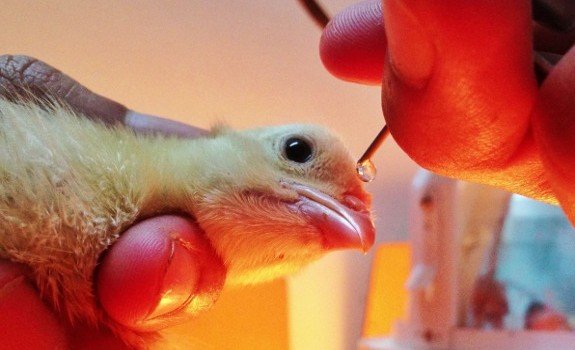 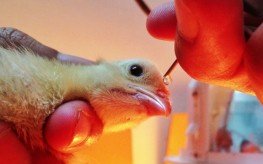 Getting acquainted with the smoke and mirrors strategy of Big Pharma and government can lead one down a very convoluted rabbit hole, but sometimes we have to take our heads out of the chemtrail clouds (that are actually being sprayed on us, literally,) and look at the evidence that mounts right under our noses. Though more individuals are seeing the downside to pharmaceutical solutions, raising awareness is ever more pressing with forced vaccinations coming our way.

By the logic of vaccine makers, every living species including millions of plants, animals, and insects – all of whom live in a sea of germs with their ‘respective diseases’ should never have survived over eons due to a ‘vaccine deficiency.’ That stance seems questionable at best and ridiculous to those with inquiring minds.

Further, the NSA and your doctor may be collecting data on whether you have vaccine concerns. GlaxoSmithKline (GSK) in fact, recently hired a text analytic software company, called Luminoso, to find out what parents were most concerned about with vaccines. Shouldn’t this be a cause for alarm in and of itself? No one is asking about how many apples you ate this week, or how much chicken noodle soup you are downing during cold season.

Speaking Out Against Vaccines

When asked why doctors remain silent on the vaccine issue when thousands of peer-reviewed articles have pointed to their arguable failue in boosting human health, Dr. W. John Martin MD, PhD replied, “Since vaccine development information is considered proprietary, government and researchers shield potential safety issues from public scrutiny. In essence, health care professionals and the general public know little about the possible dangers.” This could be called a trivialization of a huge problem, though at least some doctors are starting to speak out on this issue.

“It’s important to understand that most practicing physicians have no idea of the pathological effect on the brain of giving multiple vaccines on a large scale… These affects are widely discussed in the neuroscience literature, but few practicing physicians, especially pediatricians, ever read such articles. . .older doctors have no concept of the newer discoveries in immunology especially neuroimmunology.”

Vaccines have been linked to everything from autism, to Alzheimer’s, and they certainly aren’t boosting our immune systems so that we can fight disease naturally.

Another Vancouver neuroscientist, Chris Shaw, has shown a link between the aluminum hydroxide used in vaccines (and a probable chemtrail pollutant as well in the form of aluminum oxide particles) and symptoms associated with just about every form of dementia – amyotrophic lateral sclerosis (ALS), Lou Gehrig’s disease, and Alzheimer’s.

In a phone interview with the Georgia Straight, Shaw reportedly said, “Either this [link] is known by industry and it was never made public, or industry was never made to do these studies by Health Canada. I’m not sure which is scarier.” Similar adjuvants are used in the following vaccines, according to Shaw’s paper: hepatitis A and B, and the Pentacel cocktail, which vaccinates against diphtheria, pertussis, tetanus, polio, and a type of meningitis. “…No one in my lab wants to get vaccinated,” he said. “This totally creeped us out. We weren’t out there to poke holes in vaccines. But all of a sudden, oh my God—we’ve got neuron death!”

Another vaccine whistle-blower is Hugh Fudenberg, MD. This immunogeneticist has nearly 850 peer-reviewed articles on the subject. According to the doctor, if an individual had just five consecutive flu shots between 1970 and 1980, his or her chances of getting Alzheimer’s Disease is ten times of those who refused flu shots or only had one or two. He attributes these statistics to the mercury and aluminium used in every flu shot and many childhood immunizations.

As these two chemicals build up in the  body, they gradually cause cognitive collapse. In a newsletter published by John Hopkins, quoting Dr. Fudenberg’s NVIC International Vaccine Conference given in Arlington, VA, he estimates Alzheimer’s will quadruple in the coming years. His detractors say Fudenberg had a conflict of interest and was practicing ‘fringe-medicine’ before his PubMed articles descended into reviews on his earlier work.

Vaccine Dangers are Swept Under the Rug

The truth is that our government has been issuing gag-orders through high-paid lawyers to keep the whole vaccine mess under wraps. It is your right to search for alternatives to the Big Pharma and government controlled allopathic medical model. There are literally thousands of ways to protect your immune system – naturally – from the super bugs that Big Ag are creating with GMO and the over use of vaccines and antibiotics. Vaccines are not a silver bullet.

Robert F. Kennedy Jr. once tried to warn us – saying that scientists lie, journalists are afraid of the CDC, and the government is poisoning children, even while the status quo media (funded by government and Big Pharma) tell us:

“Vaccines are one of the most successful programs in modern health care, reducing, and in some cases even eliminating, serious infectious diseases. Public support for the vaccination program remains strong, especially in the United States where vaccination rates are currently at an all-time high of >95 percent (CDC 2004). Yet, despite a long history of safety and effectiveness, vaccines have always had their critics: some parents and a tiny fringe of doctors question whether vaccinating children is worth what they perceive as the risks. In recent years, the anti-vaccination movement, largely based on poor science and fear-mongering, has become more vocal and even hostile (Hughes 2007).”

“He folded like a house of cards. Three weeks later I heard him on the radio and he was saying the same things he said to me, which I knew he knew was lying.”

…Journalists get their information from government officials who are saying there’s no problem. Not one of them has picked up the multitude of studies that say thimerosal is the most potent brain killer imaginable.”

It is interesting that the ‘vaccine-conspiracy-theory’ is labeled ‘crack-pot’ when there are known toxic ramifications of both mercury and aluminum poisoning. These are only two known chemicals in vaccines, as well. “Aluminum salts, such as aluminum hydroxide, aluminum phosphate, and aluminum potassium sulfate have been used in vaccines for more than 70 years.” Other constituents in vaccines, as admitted by the Centers of Disease Control (CDC) include antibiotic resistant strains of bacteria.

“Vaccines created from live attenuated viruses and bacteria are made from the pus of animals that have been infected with disease and then butchered. . . The weakened germ is then stabilized by adding drugs, antibiotics, and toxic disinfectants such as neomycin, streptomycin, aluminum hydroxide, formaldehyde, and thimerosal (a mercury derivative)”

Our children are subjected to more than 15 different vaccinations before they reach the age of twelve, and flu shots are promoted at every local grocery store and pharmacy in the nation.

The controversy surrounding this subject carries on from the first concerns about vaccines being published several decades ago. It is up to you whether you get a flu shot, HPV vaccine, or choose to have your children vaccinated, but until the truth about vaccines is revealed, is it really worth the risk?