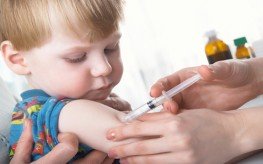 Perhaps you’ve seen those fierce trolling vaccine shills pop into comment sections of articles that report truthfully on vaccines. They often talk about vaccine merits that heavily outweigh any risks from adverse effects that they don’t even believe actually exist. Though by now everyone should at least know there are risks to vaccinations.

A common argument used to throw people off is that polio was eradicated by vaccinating entire populations with polio vaccines. You may think for a moment that it’s a valid argument, one which you cannot counter. But that’s simply not true.

You may want to strengthen your own anti-vaccination resolve or fortify your arguments by printing and using several quotes from real physicians, scientists, and other medical professionals commenting on vaccine failure in the Vaccines Uncensored site. Most of these kinds of sites are attacked in various ways, but offer some insightful information.

‘The Change the Name Game’

The disappearance of iron lungs, those huge devices resembling miniature, individually customized decompression chambers in which polio victims were placed to help them breathe, has led most to believe the problem of polio is over. But the iron lung has merely been replaced with another, much smaller portable medical device known as the ventilator. Ventilators are used now to help those stricken with any form of breathing restrictions, whether from completely congested lungs, polio, or other paralysis that makes it impossible to breathe normally.

According to Dr. Suzanne Humphries M.D., shortly after 1955, a cover-up was created to hide the fact that the polio vaccine was even spreading polio. Dr. Humphries went on to explain how a deadly live polio virus strain had infected the Salk vaccines and created an epidemic of polio-type diseases labeled aseptic meningitis or Acute Flaccid Paralysis (AFP). The term AFP includes Guillain-Barre’ syndrome aka “French Polio”, traumatic neuritis, Reye’s syndrome, enteroviral encephalitis, transverse myelitis, and poliomyelitis.

Dr. Humphries displayed a graph in her article showing how reports of polio leveled out while AFP cases continually soared since the mid-1990’s, demonstrating that polio has not disappeared.

Dr. Lorraine Day, who healed herself from cancer naturally, away from mainstream medicine’s harsh interventions after she was “sent home to die,” also explained that vaccines don’t work in a video interview you can view here.

Related Read: Saying ‘No’ to Vaccines – Your Rights

After polio vaccinations had begun, polio was assigned different names to hide the vaccines’ ineffectiveness. Dr. Day asserts that 80 to 100 percent of polio cases were created by the vaccine itself. But few knew this because the name was changed to aseptic meningitis.

Polio peaked in the early 1950s and was on its way out prior to the introduction of the Salk polio vaccine.

Then came the oral polio vaccine (OPV) invented by Albert Sabin using attenuated live viruses. This was designed to create “viral shedding” from those vaccinated to those not vaccinated, thus immunizing them also.

Nice theory, but the reality was live viruses contained in OPVs tended to recombine and mutate into a fourth, more virulent wild virus polio strain. There have even been cases in the United States where parents were stricken with polio from OPV viruses while changing their vaccinated babies’ diapers.

The dangerous oral polio vaccines were eventually banned in America and other industrialized nations, but the vaccine manufacturers managed to push them off to third world countries that not only paid for them, but agreed to enforce the OPVs on their populations.

A Bill and Melinda Gates Foundation program in India was promoted as “The Last Mile: Eradicating Polio in India.” The promotional video displayed numbers showing thousands of cases of polio in India decades ago, with the number of cases dropping to 42 by 2010.

But those wild polio virus stats have been traded for vaccine induced polio cases with a different name, non-polio acute flaccid paralysis (NPAFP).

Again, simply change the name of a disease and it disappears while another one appears with the same symptoms! Great for the vaccine industry’s PR campaigns to sell their junk to third world and developing nations.

24 responses to “Vaccine Fraud: The Polio Elimination by Vaccine Hoax”