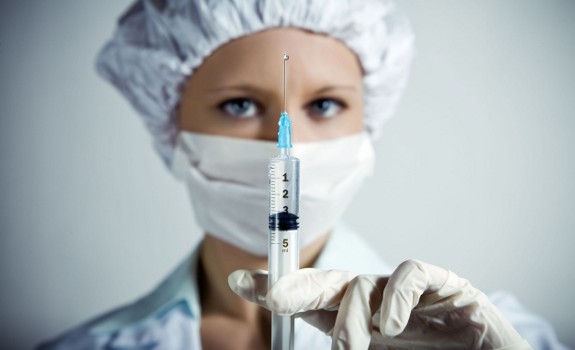 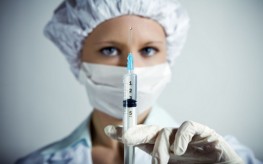 The pharmaceutical giant Merck enjoys vast revenues if they’re able to advertise and “lobby” politicians to pass laws promoting their vaccinations, even while still paying huge fines and settlements for the toxic aftermath of their other medicinal drugs.

Merck has paid out a total of almost $5 billion to settle nearly 27,000 Voixx civil law suits. This drug, intended for arthritic pain relief, created 27,000 cases of heart attacks and many deaths before Merck recalled it in 2004. Most of the suits occurred after the recall, which had raised a red flag for many Vioxx users and their surviving relatives.

Another $950 million was levied against Merck to pay for fines and civil settlements involving false advertising claims and fraudulent drug trial results for Vioxx. This hasn’t deterred Merck from promoting Gardasil and lobbying for governmental support to vaccinate minors without parental consent.

Vaccine manufacturing is a good business for sociopaths. Drug companies are exempt from direct liability for adverse results from vaccines. Vaccines require less testing than drugs for diseases, and they’re cheaper to manufacture. So they have a huge profit margin without financial liability risks.

Pushing a Dangerous Vaccine for a Non-Existent Threat

The scare tactic being used to promote Gardasil is cervical cancer protection. The human papilloma virus (HPV) has over 100 strains; Gardasil targets two that cause the most genital warts, while ignoring another 11 that can also lead to cancer. But ninety percent of HPV warts tend to heal on their own within two years. And they can be treated topically before then.

Bottom line, though inconvenient, HPV is not the death-warrant they are spinning it as. It usually goes away on its own or at worst is remedied by mild medical intervention. Even after young women get their three Gardasil-HPV shots, they still need to undergo Pap tests for early cervical cancer detection.

VAERS reports 41 cases of cervical cancer following vaccinations with Gardasil. And VAERS (vaccine adverse event reporting service) is voluntary for doctors and mostly unknown to parents and vaccinated adults. It’s estimated that perhaps only five percent of vaccine injuries get reported to VAERS. So these reports are a fraction of actual events.

Gardasil’s mounting known death toll is almost 75 since 2009, at last count (2012). This is in addition to the serious adverse effects of thousands, of which over 10% are permanent, painful disabilities such as Guillain-Barre Syndrome or other neurological and autoimmune maladies.

This tip of a mostly unreported iceberg should be ample evidence that the risks far outweigh Gardasil’s paltry benefits.

Lawsuits against Big Pharma based on vaccines’ adverse events are fire-walled by law and contained within The National Vaccine Injury Compensation Program (NVICP), which was set up to have the federal government settle claims using federal funds, a fraction of which is collected from vaccine manufacturer approval fees.

Few parents whose children were vaccine-injured know about this non-jury federal court, into which access through its bureaucratic maze is difficult. The settlements are usually based on the lifetime medical fees for children’s vaccine damages or $250,000 for a child’s death.

Afterward, the parents are required to not discuss their case publicly. If they do, they risk losing their “hush” money.

Merck has managed to influence the medical mafia to include the Hep-B vaccine (HBV) on newborns. Hepatitis-B is transmitted sexually or by shared hypodermic needles only. Apparently, the CDC and the American Academy of Pediatrics (AAP) are now assuming all pregnant women are hypodermic injecting drug-users or promiscuously practicing unsafe sex.

Babies get several toxic Hep-B jabs before having a fully developed immune system without even testing the mother for Hepatitis-B.

The measles, mumps, rubella (MMR) three in one shot has left its share of broken, (potentially) autistic children. Merck simply ignores those disasters while using the media to spread untrue claims that measles epidemics are caused by the unvaccinated.

If you’re old enough, you may remember measles, mumps, and chicken pox as common relatively harmless childhood diseases that confer immunity when they leave. Sometimes mothers would gather at “measles parties” to expose their kids to one with a measles infection in order to confer lifetime immunity.

The MMR shot has also proven to not even temporally protect against these common childhood diseases with several breakouts occurring among population sectors that have been met the “herd immunity” criteria of vaccinating all or almost all the kids in a given population.

California politicians have set a precedent for creating legislation to support Merck’s coercing young women and soon young men with Gardasil jabs. Perhaps after many lives are ruined by Gardasil vaccinations in California, a class action suit against those state legislators is in order.