37% less likely to die from heart problems during the study

In a new study looking at the effects of a Mediterranean diet on people with poor heart health, the popular diet appeared to help heart patients more than statin drugs.

What the Research has to Say

Researchers detailed the findings of the observational study at the European Society of Cardiology conference in Rome last weekend. [1]

For the study, leading heart disease expert Professor Giovanni de Gaetano and his colleagues followed 1,200 people with a history of heart attacks, strokes, and blocked arteries over 7 years. Over the duration of the study, 208 participants died. [2]

The researchers found that the more participants adhered to a Mediterranean diet, the less likely they were to die over the course of the study.

Specifically, patients who ate a mainly Mediterranean diet were 37% less likely to die during the study than those whose dietary patterns were furthest from the Omega-3 fatty acid-rich diet. That did not change, even after researchers adjusted for age, sex, class, exercise and other habits.

Earlier studies showed that statin drugs reduce the risk of heart problems by 24%.

A Little Info on the Popular Mediterranean Diet

Many people eat a Mediterranean diet because it’s a healthy eating pattern that isn’t overly restrictive. For example, it’s perfectly OK to have a beer a day while still adhering to the diet. [1]

And while a Mediterranean diet is known for being low-carb, some pretty sweet research emerged in July 2016 suggesting that eating small portions of pasta may be OK. In fact, it might actually help people lose weight. 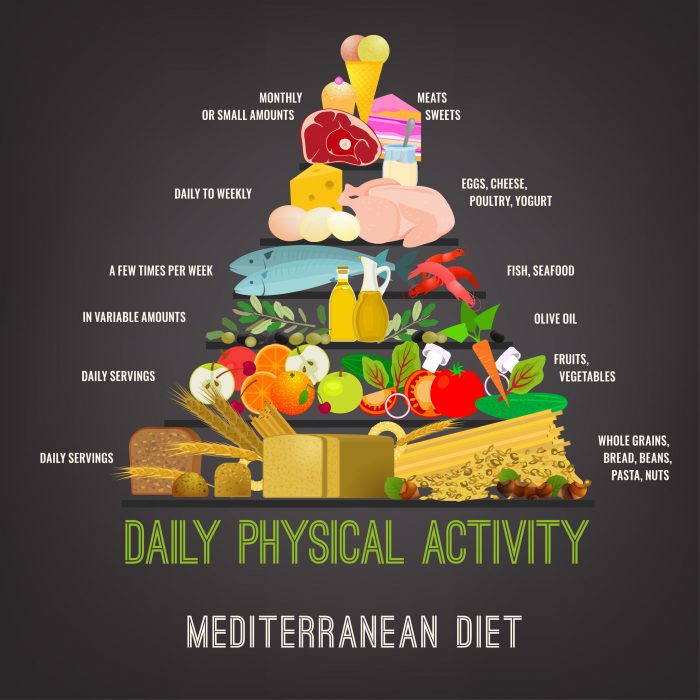 A recent study shows that, unlike other types of fats and cooking oils, it’s OK to consume high amounts of the healthy fats found in olive oil and canola oil.

So, a Mediterranean diet is a healthy diet for people with heart problems, but olive oil has also been shown to prevent heart disease. This eating pattern has been shown to have numerous other health benefits.

Statin Use in the U.S.

A quick look at Centers for Disease Control (CDC) statistics shows that the number of Americans using statins, which are intended to lower cholesterol, has been increasing. Here are a few key findings from CDC report released in December 2014:

The Dark Side of Statin Drugs

But these medications have a dark side. They’re so common, however, that many people have no idea that statins are associated with over 300 adverse events, including thyroid cancer in women, and cataracts and other eye problems. Past research even suggests that statins may increase the risk of Type 2 diabetes.

Every pharmaceutical drug comes with risks, many of which are pretty serious, so it’s encouraging whenever a natural alternative is shown to be just as effective as – or more effective than – pills.

Since the study was observational and relied on participants to self-report what they ate, more research is needed. However, with all the other health benefits that a Mediterranean diet provides, it might be a good idea to make the switch now. [1]