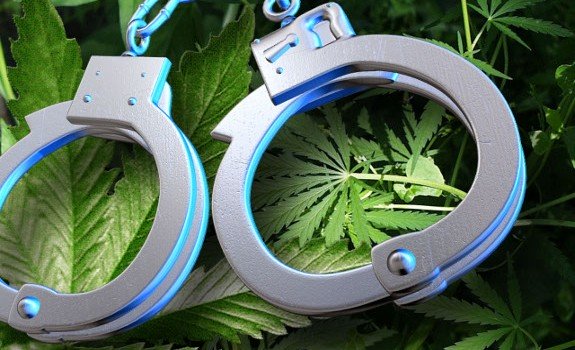 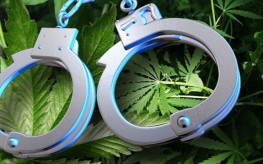 Proponents on the expensive and ineffective War on Drugs would have you believe marijuana is bad, so bad in fact that it can drive people to commit crime. Law enforcement and anti-marijuana lawmakers alike frequently connect marijuana to crime and say making the plant more widely available would turn the country into the wild west—pushing crime rates up as access to marijuana increases. But two recent studies suggest the opposite is true—that access to marijuana actually leads to decreased rates of some of the most serious crime.

One of those studies, recently published in PLoS ONE, concluded that marijuana access is not related to any increase in crime, and is instead linked to a decrease in homicide and assault rates.

According to AlterNet, researchers with the University of Texas at Dallas tracked crime rates between 1990 and 2006, looking specifically at those states that made marijuana more readily available, including those with liberal medical marijuana policies. It was the first study to compare changing marijuana laws with crime rates, and had some surprising results for those who advocate for an all-out ban on cannabis.

“The central finding gleaned from the present study was that MML (medical marijuana legalization) is not predictive of higher crime rates and may be related to reductions in rates of homicide and assault. Interestingly, robbery and burglary rates were unaffected by medicinal marijuana legislation, which runs counter to the claim that dispensaries and grow houses lead to an increase in victimization due to the opportunity structures linked to the amount of drugs and cash that are present,” wrote the authors.

An earlier study had similarly positive things to say on the effects of marijuana availability. This one, published in the Journal of Law and Economics, looked at how medical marijuana laws affected the incidences of alcohol-related traffic deaths between 1990 and 2010.

Read: Drug Sentences to be Slashed According to U.S. Commission

“[T]he legalization of medical marijuana is associated with a 13.2 percent decrease in fatalities in which at least one driver involved had a positive BAC level. … Why does legalizing medical marijuana reduce traffic fatalities? Alcohol consumption appears to play a key role. … Using individual-level data from the Behavioral Risk Factor Surveillance System (BRFSS) …, we find that MMLs (medical marijuana laws) are associated with decreases in the probability of [an individual] having consumed alcohol in the past month, binge drinking, and the number of drinks consumed.”

These are far from the only two studies that show the marijuana-criminality argument invalid. In 2011, a similar study published by the Rand Corporation found “no evidence” that medical marijuana led to increased crime rates. “Disturbingly”, as AlterNet reports, the Rand Corporation recalled their study after the LA city attorney’s office, who frequently linked marijuana and crime, launched a very vocal attack against the findings.

In Colorado, where recreational marijuana is legal, crime has dipped in the past three months, since it became available in dispensaries.

What these studies tell us isn’t only that marijuana opponents are wrong and misleading by painting a picture of “reefer madness” in the streets, but that marijuana availability could make communities nicer places to live.