The photos that inspired and concerned millions

After being changed by the neck and fed a diet consisting of ‘junk food and fizzy drinks’, Pingky the orangutan was rescued and set free by the International Animal Rescue Orangutan Rehabilitation Centre. And now, after rehabilitation that lasted years within the center, Pingky was determined to be suitable for release into the wild.

In the photos below, which millions have been touched by on social media, you can see Pingky’s transition from a chained slave surrounded by plastic bottles and kept on a diet of pure junk to his ultimate release into the wild once more:

Chained to A Tree And Fed Junk Food With Soda 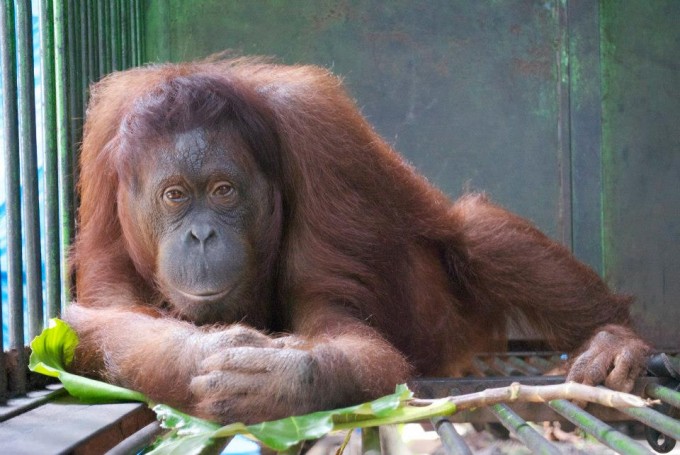 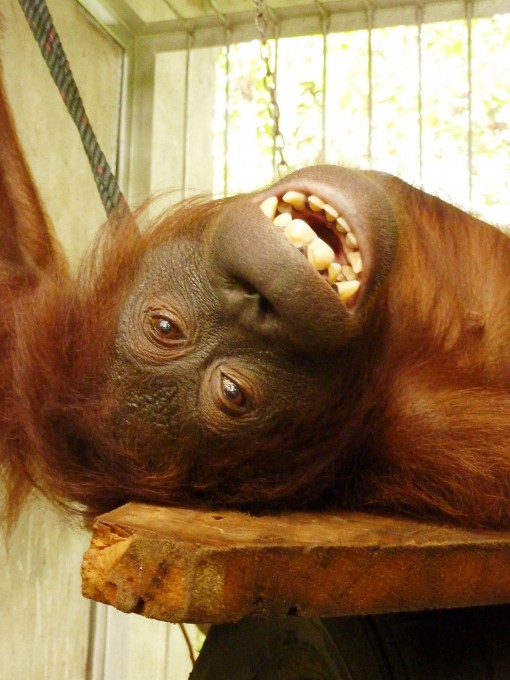 “Pinky now has the freedom to live and interact in a wild forest environment, as every orangutan should have the right to do. The care centre rescued him from a dangerous and cruel life, and nursed him back into a happy, healthy and independent orangutan – ready for a life of freedom.”

Pingky was also featured on the Telegraph’s Picture of the Day, the excerpt from which reads:

“Pinkgy the orangutan shyly offers a bouquet to her keeper on Valentine’s Day. After 13 years chained by the neck and fed on a diet of junk-food and fizzy drinks, Pingky was rescued and brought to the International Animal Rescue Orangutan Rehabilitation Centre in Ketapang, West Kalimantan. Her rehabilitation included a strict diet and extensive dental surgery to repair the damage of a sugary diet. Since her rescue Pingky has blossomed into a brown-eyed beauty on the look-out for love. International Animal Rescue’s ultimate aim is to release Pingky and the other 82 orangutans in its care back into protected areas of forest where they will have a second chance to live as nature intended.”

While we usually hear many disturbing stories regarding factory farms and the treacherous conditions by which numerous creatures are forced to live (such as sitting in generations of feces). While Pingky’s story is, in many ways, concerning, it is also quite inspirational — and the photos themselves tell a very large story.