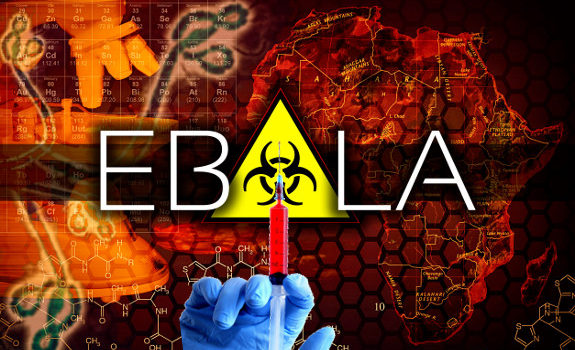 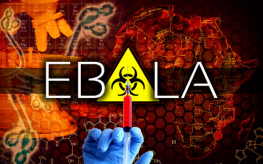 Dr. Anthony Fauci, director of the U.S. National Institute for Allergy and Infectious Diseases at the National Institutes of Health, wants to vaccinate the whole country with an experimental Ebola vaccine in light of recently Ebola cases in the U.S. He recently told The Canadian Press in an interview:

“As the epidemic gets more and more formidable and in some cases out of control it is quite conceivable, if not likely, that we may need to deploy the vaccine to the entire country to be able to shut the epidemic down. That is clearly a possibility.”

How convenient for the corrupt GlaxoSmithKline who is working as fast as they can to create an experimental, fast-tracked Ebola vaccine. The company was just slapped with a record $489 million fine in China last month after allegations surfaced in the United Arab Emirates of ‘improper payments’ and bribery in several Middle Eastern countries.

They have also been found guilty of reportedly dumping 45 liters of polio virus in a Belgium river, and they are the subject of numerous lawsuits brought about by whistleblowers for ‘bad medicine.’ Cheryl Eckard, for example, a former employee for the pharmaceutical giant, has exposed GlaxoSmithKline’s fraudulent practices of delivering contaminated drugs – some even full of harmful bacteria – to the public.

Yet – this is the company that the U.S. government wants us to trust for an Ebola vaccine?

Furthermore, Jon Rappaport has revealed that the standard test for diagnosing Ebola (PCR) is ‘completely misleading and useless.’

“. . . when the authorities report there are 6000 cases of Ebola and 3000 deaths, or when they report that two patients in the US have Ebola, they’re relying on a diagnostic test that can’t confirm any of these assertions is true. This is verified in spades by a Dept. of Defense manual.”

He quotes from the manual:

“…the EZ1 assay [the PCR test] should not be performed unless the individual has been exposed to or is at risk for exposure to Ebola Zaire virus or has signs and symptoms of infection with Ebola Zaire virus (detected in the West Africa outbreak in 2014) that meet clinical and epidemiologic criteria for testing suspect specimens.”

There are numerous ‘Ebola’ strains, however, and the Zaire test wouldn’t come up positive anyhow if someone had a different virus.

Regardless of this inconclusive test for Ebola Tom Frieden, the head of the CDC, gave a press conference last week concerning “the Dallas Ebola patient,” in which he assured all of us that the patient had Ebola, because the ‘very accurate’ PCR test had been run.

Meanwhile, Fauci is dropping nationalized vaccination comments like its no big deal – sure, he meant it for Africa, but is the plan to force vaccinations of an untested, live-virus vaccine on the entire U.S. population next?

Interestingly, the people of West Africa have a strong disbelief in the reality of this Ebola crisis. They think that these Ebola outbreaks were caused by the United States Department of Defense, which was in the Ebola hot zones of West Africa performing bio-warfare research on Ebola and other viruses. They think that Ebola is so fake, in fact, that the people are now literally drenched in an ‘Ebola is Real’ campaign, where they can’t even take a phone call without being told that Ebola is real.

Will a vaccine soon come to us in the United States for a fake pandemic? Either way, will we all be forced to take it? Let us know what you think of this controversial issue.