A Million Tons of Radioactive Debris Headed to West Coast from Fukushima? 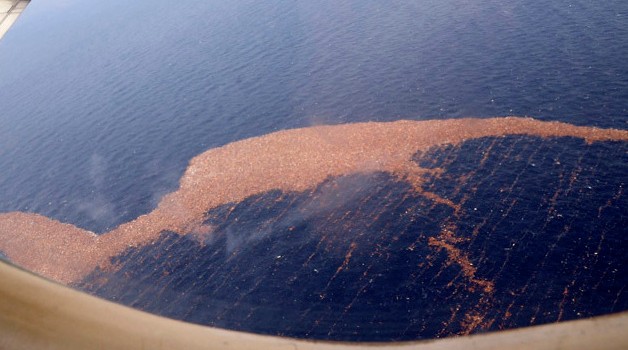 Since the Tsunami that hit Japan almost three years ago (causing the Fukushima disaster we are still dealing with today), scientists from the National Oceanic and Atmospheric Administration (NOAA) have updated a report detailing a massive island of moving debris. Over a million tons of Fukushima debris could be 1,700 miles off the U.S. West coast, floating between Hawaii and California.

In it, they assure us that it has broken up into smaller pieces, but NOAA’s government site states:

“Whatever debris remains floating is very spread out. It is spread out so much that you could fly a plane over the Pacific Ocean and not see any debris since it is spread over a huge area, and most of the debris is small, hard-to-see objects.”

Not even a paragraph later, the site goes on to say:

“. . .there likely is some debris still floating at sea, the North Pacific is an enormous area, and it’s hard to tell exactly where the debris is or how much is left.”

Another report states that just 1700 miles of the American Coast, between Hawaii and California, over a million tons of radioactive debris from Fukushima is floating, ready to hit the coastline in small or large disassembled chunks. Most of the 5 million tons of debris sunk just off the coast of Japan, but there are questions about the remaining debris, and it is possibly heading our way. The NOAA has a computer model that is supposed to estimate the travel distance and trajectory of this ‘radioactive junk.’

Aside from the astronomical levels of radiation showing up in fish on the West Coast, these remaining debris can cause harm to wildlife, ocean life, and property. Reports of Polar bears, seals, and walrus having open sores along the Alaskan Coast are coming in now.

High cesium levels are also being found in sea plankton along the coast of California at 10 different points.

It is possible that the debris is full of radiation (strontium and other radioactive contamination), since Fukushima is still dumping ridiculous amounts of radioactive water into the ocean every day. If you have a sushi fetish, it may be time to ditch it.

5 responses to “A Million Tons of Radioactive Debris Headed to West Coast from Fukushima?”