Wouldn’t it be nice to order your medical marijuana the same way you order toiletries online, or the latest best seller? Someone else thought so too, and developed a smartphone application that facilitates the delivery of medical marijuana to Los Angeles residents. But a County Superior Court Judge has shot the app down.

The app was developed by a company called Nestdrop. They have been targeted for over a year by Attorney Mike Feuer, who first filed a complaint accusing the business of violating Prop D.

Nestdrop, which connects medical marijuana patients with dispensaries, said claims that they provide an important service and would continue to facilitate pot delivery in other cities.

Nick Valente, a senior account executive at the company says:

“We are evaluating our options for the future in regards to Los Angeles and hope the city will change its misguided attempt at restricting medicine for patients.” 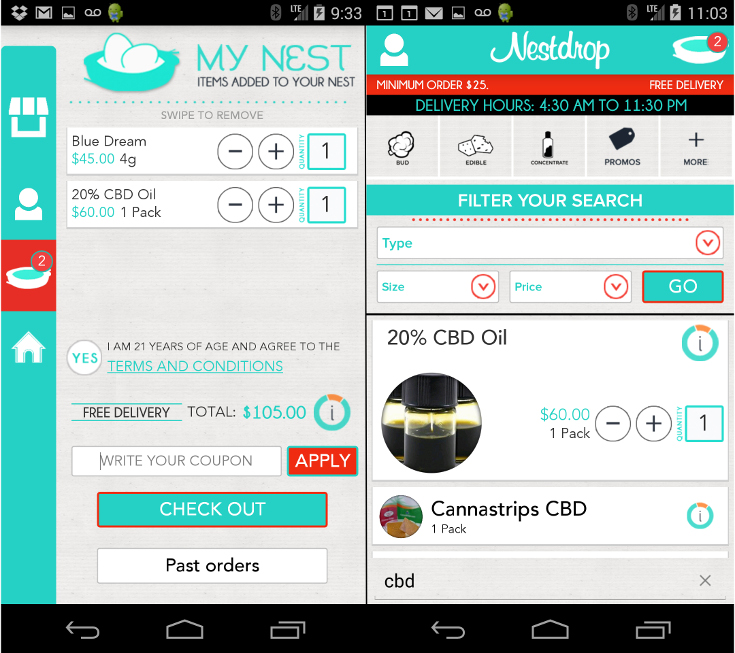 As reported by LAWeekly:

“In the past year, marijuana delivery services have proliferated in L.A., despite being illegal under Measure D, the Medical Marijuana Dispensary Regulation ordinance. While the City Attorney’s office has been busy trying to shut down some of the estimated 400 brick-and-mortar pot shops operating illegally, enterprising vendors have turned to car-based delivery services as a more discreet alternative. These roving collectives are hard to find, and even if they are stopped, the drivers carry less than the personal legal limit.”

Perhaps they will have better luck in Colorado, or Washington. Denver already allows pot delivery service straight to your doorstep, and dozens of marijuana delivery service start-ups are eager to begin business across the country. They are just waiting on the US government to warm up to the idea.

In most states, ordering marijuana to be delivered is still completely illegal, even where the selling of recreational or medical marijuana is not.